How Obama Failed to Engage an Increasingly Important Continent 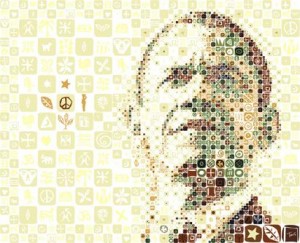 Africa is more important than ever to the United States. The continent, home to six of the world’s ten fastest-growing economies, is booming. And democracy has become the African norm rather than the exception. This year alone, no fewer than fifteen sub-Saharan countries will hold elections. With their combination of liberal politics and market economics, countries such as Ghana and Botswana are attracting frontier investors. Huge potential markets like Nigeria and Ethiopia are leveraging modest reforms into big economic opportunities. These trends all suggest that Africa is on a path to prosperity, and that it is ripe for U.S. investment, trade, and partnership.

At the same time, danger zones across the continent pose a growing security concern for Washington. Terrorist groups in Somalia and northern Mali are direct threats. In addition, pockets of weak governance in West Africa and in the Horn lead to cross-border problems such as narcotics trafficking and the spread of infectious diseases. In short, while Africa is making democratic and economic strides, it is also increasingly a locus of terrorism and transnational threats.

U.S. Secretary of State Hillary Clinton has, to her credit, visited fifteen African countries on four separate trips. But her presence has been overshadowed by President Obama’s absence. Obama has set foot on the continent just once: for a mere 20 hours in Ghana in July 2009 where he gave a speech on democracy that resulted in no substantial action. The president’s Kenyan heritage inspired unreasonably high hopes for a robust Africa policy; but his administration has failed to meet even the lowest of expectations. Even Obama’s most vocal supporters quietly admit that he has done much less with Africa than previous presidents have.

Compare Obama’s approach to Africa with that of his predecessors. President Bill Clinton exuded enthusiasm for the continent. His Africa policy was defined by the African Growth and Opportunity Act, which reduced trade barriers on more than 1,800 products exported from the continent to the United States. Partly as a result of the act, trade between the U.S. and Africa has more than tripled since 2000 to more than $90 billion. More important, Clinton approached Africa as a partner, not just as a receiver of goodwill.

President George W. Bush went further. He launched the Millennium Challenge Corporation, the President’s Malaria Initiative, and the President’s Emergency Plan for AIDS Relief. These programs have had a major effect. The MCC developed compacts with 13 well-governed African countries to jointly implement business projects and boost economic growth. The malaria effort targeted 15 African countries and contributed to steep declines in child mortality. PEPFAR has been invaluable in the fight against HIV/AIDS, directly saving the lives of 2.4 million people via treatment and preventing infection for millions more. And these programs did not emerge under Bush by accident, but, rather, because of high-level engagement and the president’s personal commitment.

In contrast, most of Obama’s high-profile efforts have been washouts. Launched in 2009, the Global Health Initiative was supposed to broaden U.S. health investments beyond single diseases to cover health systems. But it has largely been abandoned because of overreach and a distinct lack of political support. The Global Climate Change Initiative, which sought to expand renewable energy in Africa, was announced in 2010 but has made little progress. Small, lesser-known U.S. agencies such as the Overseas Private Investment Corporation and the Export-Import Bank have boosted their project portfolios in Africa, but they have been toiling largely behind the scenes and on the margins of government attention.

The Obama Administration does deserve credit for its work in Sudan, as it undertook vigorous diplomatic efforts to prevent a return to war and helped shepherd South Sudan’s independence. It also launched Feed the Future, a promising but still unproven agriculture program designed to help boost farm productivity in twelve African countries. But the president’s record on Africa largely ends there.

All this suggests that the White House has, at best, overlooked Africa’s significance or, at worst, consciously downgraded it on the list of priorities. Think about the position of USAID’s assistant administrator for Africa, the most senior post in the entire federal workforce tasked with driving economic development on the continent. On Obama’s watch, the position was left unfilled for more than three years. Similarly, the USAID administrator, a position that deals heavily with Africa policy and was elevated to the rank of deputy secretary in the Bush administration, was left vacant for nearly a year after Obama took office, and, when it was finally filled, it was demoted. This is part of a trend of sluggishness: the White House did not get around to releasing an official Africa strategy until June 2012. And African leaders know an afterthought when they see one.

Worse, the Obama administration has repeatedly highlighted marginal foreign policy issues that Africans and policy watchers can only interpret as patronizing. To mollify critics a few months ago, the White House released a list of its proudest accomplishments in Africa. The top item was “engaged young African leaders,” which cited a series of conferences for youth leaders, including a forum with President Obama and another with First Lady Michelle Obama. Boasting brief instances of public dialogue as the most prominent accomplishment toward an entire region speaks to the lack of real, substantive policy over the last four years. It is hard to imagine the administration citing a similar effort as the cornerstone of its Asia or Latin America policy.

The Obama approach has not been well received by African leaders, especially compared with the investment alternatives offered by China. Beijing has invested heavily in roads, energy, and business projects in nearly every African country. Secretary Clinton, in a veiled attack on Beijing’s activities in Africa, claimed in August that the United States brings “a model of sustainable partnership that adds value, rather than extracts it.” But instead of lecturing African countries to beware, the administration should reflect upon why China seems to be so attractive to the region as it gains self-confidence. Today’s Africa does not want charity. It seeks more investment and a measure of respect. China-bashing might be good political theater, but it makes for ineffective policy.

Even Democrats on Capitol Hill are frustrated. Senator Dick Durbin (D-Ill.) introduced new legislation in March 2012 that attempts to force the administration to boost and coordinate its economic policy toward Africa. Durbin stressed the importance of the bill by remarking, “Increasingly, I am hearing, ‘The U.S. has given up on Africa as a market.’ … While we’re building institutions, China and others are building markets and we’re being left behind.”

Correcting this neglect would begin with recognizing and investing in the tremendous economic opportunities in Africa. One small step in that direction would be to bolster the Overseas Private Investment Corporation (OPIC) by allowing more flexibility and equity investments. The administration could also consolidate private investment activities on the continent that are currently spread across multiple agencies. For example, a White House effort on electricity and other infrastructure could bring together OPIC, Ex-Im Bank lending, technical assistance from USAID, and feasibility studies from the U.S. Trade and Development Agency, along with private capital and expertise. With seven out of ten Africans living without access to electricity, this kind of partnership would be welcomed by African leadership and be beneficial to U.S. business; it would revive positive relations with the continent.

A reinvigorated Africa policy would also require high-level engagement, at times by the president himself. Partnerships must be built based on mutual and hardheaded security, economic, and political interests, not on third-tier soft issues. And a strong Africa approach demands, at a minimum, filling senior positions quickly.

Finally, whoever occupies the White House for the next four years will have to resist knee-jerk efforts to counter Chinese influence in Africa. This is not a new Cold War. U.S. and Chinese interests only rarely conflict, and both countries stand to benefit from a more prosperous and stable Africa. Where there is friction, such as over human rights in Zimbabwe or oil deals in Sudan, Washington can manage as it manages similar foreign policy dilemmas – through tradeoffs, not moralistic grandstanding.

Ultimately, the United States cannot afford to ignore Africa. And rather than viewing the continent as a problem to be solved, the next administration should do something radical: treat Africa with the attention it now deserves.

http://www.foreignaffairs.com/articles/138158/todd-moss/missing-in-africa?page=show TODD MOSS is vice president and senior fellow at the Center for Global Development. From 2007 to 2008, he served as deputy assistant secretary in the Bureau of African Affairs at the U.S. Department of State.