RUSSIA—ENIGMA, RIDDLE OR SOMETHING ELSE?

(Note to Readers:  The UPI Editors have asked for a series of articles on Russia.  This is the first)
America’s infatuation with Russia can formally be dated from May 1867 when the U.S. paid $7.2 million –worth about $1.3 billion today–for the purchase of Alaska.  Called “Seward’s Folly” after Secretary of State William Seward who negotiated the deal, one of the reasons for the sale was Russian expectation that by buying Alaska, the U.S. would become a more deeply involved Pacific power and a counter balance to Britain–the Tsar’s greater worry at the time.  Even then, geopolitics was not an unknown art to St. Petersburg outside the traditional European sphere.
That infatuation has had many twists and turns.  For a time in the 1930’s, the Soviet Union was an idealized worker’s paradise for those Americans seduced by communism.  The Spanish Civil War, the proxy precursor for World War II, attracted a small number of Americans to fight on the Soviet side against the fascists.  And without the Soviet Union for what Russians still call “the great patriotic war,” defeating Hitler might have been impossible.
The Cold War however was nearly a half century long ideological struggle in which both sides promised, captured in the words of John Kennedy, to “pay any price and bear any burden” to win.  But only one side did win–the West.  And in the quarter of a century since the USSR imploded, relations have reverted to what some in Moscow and the West are calling a “new cold war.”
Why?
Regarding major interests, it would seem that Russia and the U.S. (and the West) have more in common than not. Averting conflict to include end of the virulent danger of radical and violent Islam should be self-evident as mutually beneficial.  Yet, the crisis in Syria where eliminating the Islamic State (IS) is a common aim, the U.S. and Russia are bitterly divided over the continuation of President Bashar al Assad and his regime.
Similarly, East and West have common economic interests.  Russia needs to sell its energy to the West.  The West needs to sell its products to the East.  But because of Russian intervention into Ukraine, heavy sanctions have been imposed on Moscow that are painful to all sides.
President George W. Bush could look deeply into Vladimir Putin’s eyes and as Prime Minister Margaret Thatcher observed of Mikhail Gorbachev a generation before, believe each could be a partner.  President Barack Obama could push the “reset button” with Russia, even though it was misspelled, and sign a New START nuclear weapons reductions treaty.  Still, to most observers, this new cold war has frozen a relationship at levels unseen since before the Soviet Union collapsed.
The reasons are not personality driven even though Obama and Putin display a mutual resentment.  When Churchill made his famous “enigma and riddle” analogy, he went on to add that Russia was driven by interests.  And the heart of the standoff today is the refusal of both sides to understand the interests of the other.
When the Cold War ended, the West tried not to gloat. For better or worse, Russians came to believe that their country was perceived with less respect and hence was too often disregarded by the West.  The expansion of NATO East to include, first, three major former members of the Warsaw Pact, Moscow’s counter balancing alliance, was not well received.  Nor was the accession of the three Baltic and two Black Sea states.
Then in 2008 at the NATO heads of government summit held in Bucharest, Romania, Bush’43 extended to Georgia and Ukraine the prospect of membership.  Putin who was present at the summit issued a stern warning, a warning that was not fully appreciated.  A few months later, Russia tricked Georgian President Mikhail Sakashvilli into sending forces into South Ossetia that prompted a brief, one-sided response that Moscow easily won.
In early 2014 when Ukrainian President Viktor Yanukovych was forced to flee Kyiv, Russia intervened and annexed Crimea. With “contested borders” in both Georgia and Ukraine, NATO membership was foreclosed by the founding Washington Treaty of 1949 that denied any state access under those circumstances. Few in the West comprehended Moscow’s reasons.
Of course, in a perfect world, Moscow should not have used force in either case. Unfortunately, Washington never understood how much of a threat NATO expansion was perceived by Moscow.  And perhaps it still doesn’t.
Finally, Russia is not and will never be a Western democracy.  That does not make it an automatic adversary. And maybe we are a riddle and enigma too!
By CASS|2017-11-14T21:27:38+02:0011 septembrie 2016|Blog, Europa/Rusia, Harlan Ullman|0 Comentarii 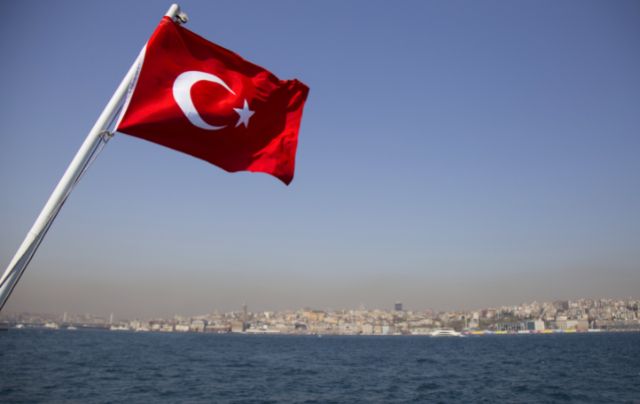