A mightily tangled geostrategic web of intrigue and danger 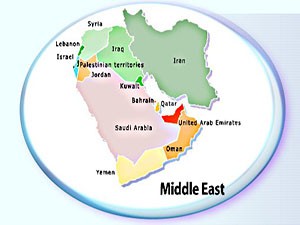 Just when events in the Middle East could not seem to be more complicated, this web of intrigue and danger has become even more complex and intertwined.  People following these events are well aware of the crises wracking the huge stretch of geography from the Eastern Mediterranean and Maghreb through the Middle East and Persian Gulf to the Bay of Bengal.  Libya, Syria, Iraq and Yemen are embroiled in chaos and conflict.

The U.S., Saudi Arabia and Iran are actively engaged in disrupting and defeating the mutual threat posed by Da’esh (aka the Islamic State).  But despite the framework agreement to prevent Iran from acquiring nuclear weapons, these three states are on opposite sides in Syria.  And the fierce Saudi-Iranian rivalry has spilled over into Yemen where the former opposes and the latter supports the Houthi insurgency.

Turkey is a NATO member and prickly U.S. ally whose President Recep Tayyip Erdogan is vehemently against Bashar al Assad’s regime in Syria.  Yet, Erdogan’s recent visit to Iran, who is pro-Assad, was to seek closer ties.  And Turkey’s issues with the Kurds over independence complicates dealing with Iraq and the Kurdish Republic that has succeeded so far in stemming Da’esh’s assault into northern Iraq.

With Saudi air strikes into Yemen against the Houthi’s, Pakistan, a close ally and more than occasionally Saudi supplicant, has been approached by Riyadh for military assistance including possible deployment of forces.  Pakistani Prime Minister Nawaz Sharif put that request before Parliament who rejected it unanimously just as Pakistan has reportedly bought eight submarines from China and submitted to the U.S. for approval the purchase of nearly a billion dollars of helicopters, missiles and other combat systems.  Meanwhile, Pakistani militants crossed into Iran killing eight border guards.

Indian response to Pakistan’s proposed acquisition of more weapons so far has been moot.  However, given the suspicions and animosities that exist, India will not regard these purchases lightly especially the Chinese submarines.  And despite Afghan President Ashraf Ghani’s successful visit to America, conditions in Afghanistan remain a close run thing.

Debate over the pending agreement between the U.S. and Iran will grow fiercer as the June 30th deadline approaches.  Israel’s Prime Minister will not be silent in trying to administer crib death to the framework agreement as will certain Republican members of Congress.  But Congress must be engaged—a matter under discussion.

A column in the Wall Street Journal written by former U.S. secretaries of state Henry Kissinger and George Schultz raised what will be used by opponents of the framework as mortally wounding questions over verification, strategic stability and deterrence and Iran’s ability to build a bomb sometime in the future. The real critique of Messers Kissinger and Schultz is over the absence of a “strategic doctrine” for the region offered by the Obama administration.  There they are correct.

But their questions are far from fatal and do not address nor propose an alternative approach. Interestingly, Kissinger was criticized on similar grounds for the SALT nuclear agreements with the old Soviet Union. Both secretaries observed that the last three presidents were prepared to use force to prevent Iran from acquiring nuclear weapons. The real question is if it came to that, would any chief executive actually have given that order.  The answer is almost certainly no given the non-response to North Korea as well as a fourteen-year long engagement in two costly and unwinnable wars in Afghanistan and Iraq suggesting another was out of the question.

What is needed?  Kissinger and Schultz are correct in calling for a strategy or strategic doctrine.  Unfortunately, the White House has not been forthcoming in either constructing a compelling narrative for its actions or a strategic approach to the region arguing instead on an unconnected case-by-case basis.  The dilemma and flaw is that a piecemeal approach is almost certainly doomed to fail in dealing with such interconnected and complex issues posed by the threats, dangers and challenges emerging from this huge expanse of territory.

Unlike the Cold War, no single overarching threat exists against which a single strategy can be easily constructed. And regional states acting on their own can easily produce chaos. That is the dilemma.  A new strategic framework must recognize these contradictions.  And a good place to start is to construct a new version of the old Nixon Doctrine where the U.S. takes the lead in providing strategic stability and works with regional states to sort out these contradictions.  Otherwise this web of intrigue and danger will only become more dangerous. 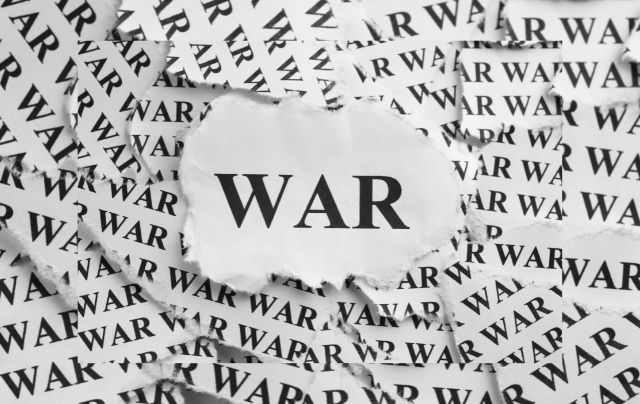