A queen of heart’s advice for Syria 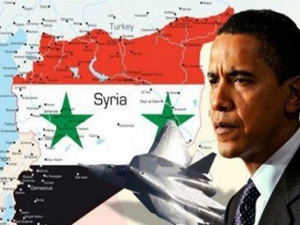 Lewis Carroll’s Alice in Wonderland offers a relevant insight into how to respond or not   to chemical weapons attacks two weeks ago outside Damascus that claimed nearly 1500 lives.  “Sentence before verdict,” thundered the Queen of Hearts as Alice watched. For much of last week, a punitive military strike seemed imminent before a verdict had been rendered. But the queen also cried “off with their heads!”

Evidence mounts that Bashar al Assad’s regime used Sarin filled missiles. Yet, the gross misrepresentations over Saddam Hussein’s non-existent arsenal of weapons of mass destruction (WMD) a dozen years ago are not forgotten and many demand proof beyond a reasonable doubt if force is to be used in Syria. Cautioned by Parliament’s rejection last week of Prime Minister David Cameron’s request to strike Syria despite the government’s 85-seat majority and ongoing forensic analysis by the UN to confirm the use of chemical weapons, President Barack Obama delivered a confusing statement to the public last Saturday in which he announced two seemingly contradictory decisions.

The first was to approve a military strike against Syria to “deter and degrade” the regime’s ability to use WMD.  Second was to request Congress to authorize the president’s decision for military action when it returns next week from the Labor Day recess.  How Congress will react has sent the chattering classes into full pontificating mode implying that the difference between farce and tragedy could be a few Tomahawk cruise missiles.

But three issues pivotal to informing any decisions have been unmentioned.  The first is the most telling.  Whether or not the Obama administration launches a punitive attack or takes military action, conditions in Syria and the region are only likely to worsen.  An attack at best will achieve minimum damage.  Retaliation and counter-responses by Syria or its Hezbollah and Iranian allies will add to the death toll.  And the “what next” question for the White House remains unanswered.

If Congress votes down a resolution or the administration decides in the end not to attack, the net effect will be perceived as a further weakening of American authority and  the ability to influence foreign powers.  Some will argue, in my view wrongly, that failure to act will empower North Korea, Iran and others to take aggressive action and make the use or threat of use of WMD more likely.

Sadly, the president faces a horrible dilemma no matter what decision he makes in part due to the intractability of the Syrian civil war in which both sides are in a fight to the death; his empty demand that Assad must go; and the drawing of “red lines” concerning the use of chemical weapons that have been so far violated with impunity.

Second, responses to the use as well as to the definition of weapons of mass destructions must be re-examined.  Chemical agents are not weapons of mass destruction in that they are used to kill people not to destroy things.  Nuclear and thermonuclear weapons are indeed massively destructive.  Biological weapons are in a separate category as pandemics and plagues exist in nature  and use by governments or individuals can inadvertently spread contagion far beyond any limited target.

Suppose that the 1500 dead had been blown to bits by high explosives (as the elder Assad  killed 10,000 in Hama with bombs and artillery); burnt to crisps by napalm or incendiary weapons (as firebomb attacks against Tokyo and Haruna killed more during World War II than the two nuclear weapons dropped on Hiroshima and Nagasaki); or chopped to death by machetes and knives (as in Cambodia and more recently Sudan and Ruanda).  Hence, moral arguments should demand responses by the civilized world to genocide and crimes against humanity irrespective of the weapons used.

Finally, in Syria, villains persist on both sides.  One alternative is neutralize the archers and not the arrows, in this case the chemical weapons.  Crimes against humanity have been committed by both the Assad regime and the opposition.  As the U.S., Israel and other states have embraced targeted assassination, why should the perpetrators of these crimes not be held responsible?   If the Syrian government  did use chemical weapons, why not go after the chain of command?  And, as al Qaeda and other radical Islamic groups hostile to the West permeate the opposition, why not use the opportunity to thin that herd?

Some argue that Assad should be on any target list. However, decapitation of the Syrian leadership could lead to the opposition filling that vacuum, an opposition that could prove even more dangerous to the region than leaving the Alawites in control.

Sentence first, verdict next may drive Obama’s decisions and votes in Congress.  But holding perpetrators responsible may be a more effective approach.  Off with their heads!