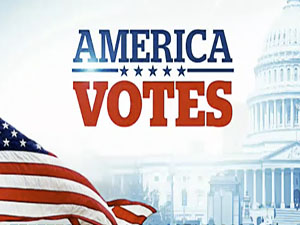 Next Tuesday, America goes to the polls to elect all manner of officials from city counsel person and sheriff to members of Congress.  Congressional and gubernatorial races have of course attracted national attention.  While the House of Representatives will remain firmly in Republican hands, the future control of the Senate is uncertain.

Both parties predict that should they lose or win the Senate, the future of the nation is at stake.  Unfortunately, whether Republicans win or Democrats maintain Senatorial control, it will make little difference.  The political system is badly broken and all the king’s horses and all the king’s men cannot repair it.

Interestingly, control of the Senate races could be delayed depending on the returns in North Carolina and Georgia.  If no candidate wins 50% of the vote, there will be run-offs in December and January respectively.  Hence, as the 2000 presidential race was not decided until the Supreme Court acted weeks after the election, control of the Senate may not be clear on November 5th.

One reason why control of the Senate is less significant is because the president has the power of the veto.  Overriding a presidential veto requires a 2/3 majority in both Houses of Congress.  Barring the most extraordinary circumstances, that will not happen.

Cynically, Democrats and President Barack Obama may be silently hoping for a Republican victory.  Then the president can lay the blame at a Republican Congress for failing to do the nation’s business.  Whether that helps or not in 2016, the Bully Pulpit gives Mr. Obama a decisive advantage.

While the president is polling at 40% approval or less, Republicans and Congress are in single digits of popularity.  Even with a curtailed Tea Party in residence on Capitol Hill, no doubt some of the legislation passed by a Republican Congress will be easy pickings for a veto.  And the president can rely on executive action to substitute for legislation.  That of course will provoke a massive reaction by Republicans.  But impeachment requires a 2/3 majority in the Senate and Democrats cannot lose that many seats.

Where does this leave the nation?  In many ways, the gallows humor in Europe a century ago before World War I started is relevant.  As the crises in Europe grew stronger, at the Qui D’orsay in Paris, the reasoned view was that the situation was serious but not yet desperate.  In Berlin, the view was jaundiced.  Conditions were desperate but not fully serious.

Today, the world seems quite a mess.  At home, the economy has not fully recovered and gives signs of stumbling.  Unemployment, including those with part time jobs and those who have fallen off the lists of the jobless, is several percentage points higher than advertised.  The income gaps between rich and poor are growing.  Wages have stagnated.  And for those who follow the stock market and have savings invested in 401K and other plans, the volatility is worrying.  In the space of 30 days, the Dow lost nearly 1000 points in October.  At this stage, it has mostly recovered, at least for the time being.

Abroad, there are few bright spots.  From the Maghreb to the Bay of Bengal, crises abound.  Tunisia may be holding democratic elections.  But huge numbers of Tunisians are flocking to Iraq and Syria to fight under the Islamic State’s black flag.  Egypt is beset by insurgencies in the Sinai and a flagging economy.  Libya, Syria and Iraq are in chaos.

Nuclear negotiations with Iran are reaching a November deadline.  The Islamic State (IS) continues to strengthen its grip on huge swaths of Syria and Iraq, much uninhabited but also containing Iraq’s second largest city, Mosul.  The strategy to degrade and destroy IS is still in its formative stages and recruiting and training Arab and Muslim boots on the ground is heavy going.

If these crises were not enough, Ebola has become the latest threat.  Containing the disease to West Africa is the most sensible strategy.  However, when a state as advanced as America runs into difficulty managing a handful of cases so far, the public has a right to express concern.  While science suggests this disease is controllable, the bubonic plagues of centuries ago that wiped out half the population of Europe and the Spanish Flu of ninety five years ago that killed upwards of 50 million are not only historical facts.  They are causes for worry.

Against this background, it will be an adventure to see how the first session of the 114th Congress that takes office in January 2015 will deal with these issues.  And the results are not likely to be pleasant.