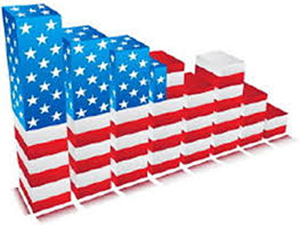 A specter is haunting the United States. That specter is one of American decline.  But this specter is not merely exaggerated.  It is poppycock.  Those who see in America the conditions that led to the fall of the Roman Empire or the catastrophic Grecian wars between Athens (read America) and Sparta (read China) are simply wrong.

The United States or any other state could never remain the world’s colossus and singular dominant power forever.  The end of World War II with the destruction of Europe and Asia granted the United States a unique moment in history.  However, an ascending Soviet Union ultimately checked the unilateral authority and influence of the United States.  And the inevitable diffusion of all forms of global power, along with the rebuilding of Europe and Asia, made it impossible for any state to exist as the world’s sole superpower.

Unfortunately, too many who long for the days when America seemed dominant refuse to understand that the current realities in which all forms of power are diffusing create new opportunities, opportunities that the United States could readily exploit provided it is prepared to shed rigid beliefs about the past and the virtues of unilateralism for a new and more relevant mindset.

In absolute terms, the totality of American power is unchanged.  In relative terms, American power of course has been diluted.  Comparative advantage and the growth of other economies have enhanced global competition.  And burgeoning economies have magnified the need for energy, enriching oil and gas producers whose treasure chests in turn created huge financial leverage and investment power.

Meanwhile, America’s unchallenged military power has proven largely ineffective in waging war against adversary’s who lacked armies, navies and air forces and in Iraq and Afghanistan where nation building and economic development required other tools and cyber dangers transcend any fixed boundaries once ascribed only to departments and ministries of defense.  The obvious consequence is a relative dilution of American influence and authority.  And there is another wrinkle.

Metrics for defining measures of power and influence are still in adolescence.  Harvard’s Joseph Nye has been credited for creating the concept of “hard” and “soft” power.  Yet, both terms are qualitative and not quantitative hence susceptible to psychological or political interpretation.  Further, distinctions between hard and soft do not offer solutions or policy prescriptions other than descriptions that may or may not be relevant.

In business, when conditions change, to succeed, organizations respond.  That IBM no longer builds computers and Xerox no longer is famous for copying machines are salutary examples of change.  So too, American policy must recognize that the emergence of new power centers creates opportunities as well as challenges.

How then should the United States respond?  First, establishing new metrics for measuring and understanding power is a good first step.  Those who see China eclipsing the United States use as a simplistic measure GDP.  At some future date, China with a population four times greater than America’s may achieve a larger GDP.  But what does that signify?  And using GDP alone as a measure of power is akin to basing an individual’s health solely on height or some single index.

The total assets of the United States less its natural resources are estimated at around $100 trillion.  Deduct public and private debt of about $30 trillion leaves net assets at the $70 trillion level.  With an annual GDP currently about $17 trillion, the aggregate wealth of the US is between $80-90 trillion.

What is China’s net worth?  Even given an equivalent GDP and China’s is about half of America’s today, China is light years away from overtaking the United States in net assets.  The point is not whether this metric is the better.  Instead, we need new means to evaluate relative and absolute power.

Second, economics now trump military power in expanding not only influence but in achieving foreign policy objectives.  Economic disparity, disadvantage and dislocation are central drivers of instability in much of the world.  Egypt is Exhibit A.  Hence, moving forward on the Atlantic and Pacific trade and investment treaties is crucial.

Third, partnerships are vital beyond trade and investment.  In security terms, expanding the reach of NATO to match up with the Shanghai Cooperative Organization is a good example.  Despite the intense reverberations of Edward Snowden’s revelations about American surveillance and spying, new efforts for cooperation in cyber and counter-terror must be undertaken.

Fourth and most important, creating a new and optimistic mindset about confronting and coopting the realties in which relative levels of unmatched U.S. power no longer offer the same advantages of the past is essential.  This requires the magic ingredient of leadership begetting followership.

The challenge in this new age remains: who shall lead? And will anyone listen?