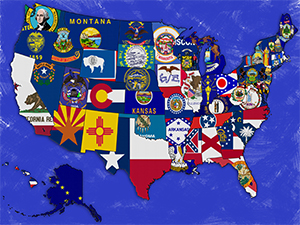 Perhaps the best thing that happened to America last week was Congress abandoning Washington for a five-week break deferring all the major issues and problems. Will anything improve when Congress returns?  The answer is not reassuring.

Prior to the break, the Defense Department sketched out the impact of budget sequestration on the nation’s military strength to Congress.  Disastrous is not an unsuitable description.  But, in addition to the lack of specifics about the looming dilution of American military power, other flaws in our national security posture have been ignored.

First, within a broken government, America’s national security organization is based on the obsolete National Security Act first passed in 1947.  Congress has literally dozens if not hundreds of committees and subcommittees with overlapping and often ill-defined jurisdiction.  The National Security Council Staff, the Pentagon, State Department and intelligence communities are organized along dissimilar regional and functional lines. Yet, there is not appetite to make long needed organizational changes.

Second, politics and ideology too often substitute for strategic thinking and policy.

Third, even if there were an overarching threat or danger such as Nazi Germany or the Soviet Union—and there is none—- consensus about what should constitute national security beyond banal or meaningless expressions such as protecting the homeland is missing.  And redressing these flaws is a Sisyphean labor.

But, the effect of the financial Damoclean sword can be made more obvious. The banking rule of ten explains why. Money deposited at an annual interest rate of seven percent doubles every ten years; at ten percent, it doubles every seven years.  Conversely, money that declines annually at seven percent is cut in half in ten years and at ten percent in seven.  The annual costs of defense to maintain current capability amount to about seven percent because of the exploding expense of people—active, reserves and retirees—medical care and advanced weapons systems, plus inflation that is about three percent.

Conclusion: Despite appeals to cut waste and inefficiency that achieve little, by the end of this decade, in gross terms, the rule of ten (or seven) means doubling defense spending to maintain the current force or cutting the current force by about half.  The White House fears that granting the Pentagon any budget relief will encourage Congress to take money from domestic programs.  And a divided Congress, paralyzed by a Republican House and a Democratic Senate (with 60 votes needed for passing controversial bills) will provide no answer.

What can be done?  A cynic or pragmatist experienced in American politics might say nothing.   But doing nothing will not defend the nation.

Desperate times call for desperate measures.  Secretary of Defense Chuck Hagel has demonstrated his courage in battle and in the Senate.  The uniformed senior military leadership and the people they lead have repeatedly demonstrated bravery in war and in peace.  Now, political courage is essential.

When Congress returns, the Pentagon must show in specific terms the stark choices it and the American people face regarding the size and shape of the future military with sequestration and the ludicrous requirement to take all cuts “equally” across all programs as if we can build 90% of a ship, bullet, missile or rifle. The purpose is not to seek more money for defense.  Indeed, given the struggling economy and the looming debt ceiling, budget and other financial issues later this year, defense spending is likely to be further reduced.  When interest rates rise, which they will, budgets will be slashed to reflect the increases in non-discretionary spending.

The purpose is to produce a range of force options at likely projected levels of defense spending rather than wishful thinking that somehow Congress will save the day—which it will not. Congress and the public can draw their own conclusions about the consequences.

Here, if we do not spend much more money, the two basic choices are keeping a larger but less prepared and probably unready force OR accepting a much smaller but highly capable force. The driving assumptions for both choices are that global or very large regional wars are unlikely for some time and can be deterred or avoided through cleverer strategies, more rigorous assessments of dangers, greater reliance on allies and partners and polices to reconstitute and rebuild capabilities when and if needed.  The second choice ensures greater likelihood of success for forces deployed in harm’s way.

Such a stark presentation will shock and stun many.  Critics will claim this approach is overly pessimistic while aiding our adversaries by underscoring our weaknesses.  And large reductions will be painful.

If we are, however, to prevent the condition of financial national insecurity from emasculating defense, truth, realism, candor and objectivity are essential.  Without them, we may scrape by.  But do not count on that.