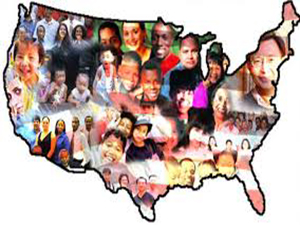 This column advances what the U.S. must do to get its domestic house in order. There are probably a million reasons why this will not work. Yet, if America is to emerge stronger and future generations made more secure, there is no alternative except to act no matter how much the political system resists.

America was once known as a “can-do” country.  Much of that probably stems from World War II.  As the motto of the U.S. Navy’s Construction Battalions aka “Sea Bees” went (“the difficult is easy; the impossible just takes a little longer”), a can-do attitude was part of the American psyche that won the war and the peace.  Sadly, a more accurate descriptor for America today is “can’t-do.”

Can’t-do is non-partisan.  Democrats and Republicans are equally guilty.  George W. Bush’s attempts at nation building in Iraq and Afghanistan and Barack Obama’s pleas for social security, tax and gun control reform are manifest as to why can’t-do has become so widespread.

Given the complexity and sheer number of simultaneous challenges and problems, any government would be overloaded. For the remainder of the summer and possibly the year, Mr. Obama will focus on immigration reform and the economy.  Both are worthy issues.  And any focus will be interrupted by foreign policy crises currently playing out in Egypt and Syria with no doubt more to come.

Reaffirming the nature of an increasingly can’t-do society, broken government is exhibit A.  Compromise has become not merely an obscene expression.  Both parties view it as treason and indeed capitulation. Given that any new policy initiative that presents a can-do spirit is likely to be throttled in the crib irrespective of merit, is there anything anyone can do?  The answer is yes.

The chances that serious immigration reform will survive the House-Senate, Republican-Democrat split over whether to legalize the 11 million illegals or secure the borders first are not great.  90% of Americans favored background checks for gun ownership and a large majority for greater controls.  Congress ignored public opinion then and may do so again.

While the economy sputters, growth remains well below the 3-4% that is vital to stimulating greater employment and a rising standard of living.  Continued low interest rates are not a long-term cure. Nor is continuing to monetize the economy as the Federal Reserve pours roughly a trillion dollars year into the economy by buying up debt—with implications for its balance sheet that are not comforting. The Atlantic and Pacific trade pacts offer potential solutions.  However, those negotiations are unlikely to bring immediate results especially as allegations over U.S. surveillance and intrusion into other states, known as spying, and differences over what and what not to include or exclude in these treaties, read the French movie industry and U.S. financial industries in the latter camp, make agreement difficult.

Perhaps the only possible and feasible solution for the president to advance then is to create a national infrastructure bank funded by the private sector and guaranteed by the government.  Such an institution if properly organized and chartered could have profoundly positive impact on stimulating the economy; reducing unemployment; putting in place the foundations for greater growth in the 21st century by rebuilding roads, tunnels, bridges, ports, the electrical grid; by making the Internet more secure; and modernizing education.  Prior columns made this recommendation.

The bank would be underwritten by at least $1-2 trillion in thirty-year bonds bought by the private sector with interest rates two to three hundred basis point above prime. A public-private partnership could be the dispersement vehicle with collateral provided in the form of user fees and tolls that would be part of the infrastructure rebuilding project.  The U.S. government would guarantee the loans and the Export-Import Bank already has the authority to initiate this effort.  And tax breaks to repatriate some of the $2 trillion held abroad by American companies could be one way of expediting raising money.

Obviously, the organization, oversight and management of this bank are vital.  Critics will argue that if the bank fails, the taxpayer will pick up the bill.  Others will say that politics will pervert the use of this money and be a source of pure pork.  That is possible.  However, even if the taxpayers over thirty years had to fork out $3-4 trillion to cover principle and interest and ended with a stronger infrastructure, that is a modest investment.

If the White House had one policy option to chose to resolve potentially so many of America’s domestic ills, a national infrastructure bank is it.  America is a can-do nation.  It is high time to stop can’t-do from limiting our futures.