Skip to content
Acasa/Blog/Antonia Colibasanu/Borders, secession movements and the EU

Borders, secession movements and the EU 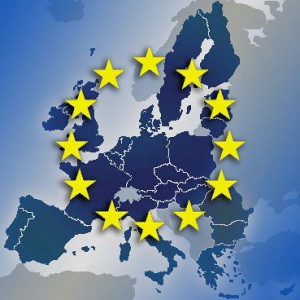 The last weeks have been all about Gaza and the Middle East. While that region remains key in international affairs, the old Europe proved to have interesting news as well recently. The European Commission said that Scotland would have to apply for membership, according to a report in The Scotsman newspaper. This statement came as the Scottish government said that independent Scotland will remain in the EU. The Commission move is a clear message from the EU, indicating that it has taken sides with the central governments of European countries in making it clear again that any secessionist country would have to apply for EU membership. This is a message to Catalonia as well, considering that the results of the regional elections on Nov. 25 confirm the independence movement to have become more intense and more radical.

This is how the topic of the European borders comes back in the news. The last time we were talking about drawing borderlines in Europe was in 2008, when Kosovo declared independence. Spain is of course among the EU states that did not recognize Kosovo. Meanwhile, Kosovo, just as the other states in Western Balkans, is hoping for a EU future. This week, I also heard a delegation from Kosovo travelling to Romania – another EU country that doesn’t recognize Kosovo state – speaking about their “EUpenization” dream. While the voices of the delegation members were demanding recognition, there were few realistic arguments that they’ve stressed during their presentation. However, there were a lot of feelings and passion – which at the end of the day doesn’t really matter in international negotiations or lobby. The cooperation with Serbia is said to be hopeful and the agreements on managing crossings on their flashpoint border and sending liaison officers to each others’ capitals were clearly showing progress towards easing the tension in the region even if, just a day after those deals were reached in Brussels, NATO was warning of unstable situation in Northen Kosovo.

EU dream seems to be the only motivation bringing Serbia and Kosovo to the negotiation table – this dream has to do with EU funding and visa-free travels to the West – something that, ironically, is under debate in Western Europe. The EU is currently considering to lift the visa liberalization programs that were implemented in 2010. And while the EU membership works better for Kosovo – as there are no other viable alternatives to get funding for the development of their country, the incentive seems to be less intense in the case of Serbia which has one eye on Brussels and the other in Moscow, with obvious little interest in joining NATO after the bombings of the late 1990s.

This has been proven on Dec. 6 on the occasion of the Western Balkans countries annual summit which was not attended by the Serbian president Tomislav Nikolic, who declined the invitation to attend in protest over the recent Hague Tribunal acquittal the ex Kosovo Liberation Army, KLA, commander, Ramush Haradinaj, and the presence of Kosovo’s president at the summit. The summit’s main message was the need for closer regional cooperation, primarily in the fields of fight against organized crime and corruption, cross-border cooperation, economy and European and NATO integration.

In conclusion, the EU seems to be the only international organization capable of delivering incentives to states in Western Balkans to keep on a cooperation path and keep regions from not seeking independence. All this while divisions between Eurozone and non-Eurozone members deepen, as most of the reform efforts by Brussels are focused on the 17 countries that share the common currency. That said, I would say that the EU still holds a lot of appeal – both as an organization but even more as a dream-project.