Desperately needed: a new security mindset for the 21st century 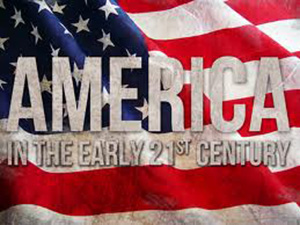 Since George Washington was America’s first commander-in-chief, successive administrations have often been accused of either lacking a strategy or having one that did not work. The major exceptions perhaps were the bipartisan policies of containment and deterrence that ultimately prevailed over the Soviet Union.  The debate then focused more on means than on ends.

Unfortunately, the success of the Cold War has perpetuated a 20th century mindset for national security that cannot and will not work in the 21st century.  Until we create a relevant framework and paradigm, unless we are unconscionably lucky, our policies will be flawed.  And critics will sadly prove correct in assailing our inability to “think strategically.”
The reasons why 20th century thinking no longer fits today’s security needs are hidden in plain site.  For centuries, national security and strategy have been based in dealing with a state-centric system of international politics predicated on force being the ultimate arbiter of conflict. Indeed, from Sun Tzu to Clausewitz, strategic thinkers have used this paradigm in protecting the state from threats and challenges to its existence.
That mindset has been overtaken and bypassed by the diffusion of all forms of power, further accelerated by globally instantaneous and interconnected communications from the Internet to social media and other creations of the information and electronics revolutions.  This diffusion of power has had many transformational consequences.  The empowerment of individuals and non-state actors is among the most dramatic.
During the 20th century and certainly before, it was virtually impossible for individuals and non-state actors acting alone to exert global influence.  Certainly, a relatively tiny Bolshevik Party could launch a revolution and take control of Russia in 1917.  And a geriatric, exiled Iranian cleric could foment a revolution that toppled the Shah in 1979.  But it was not until these cadres wrested control of a state did they achieve the ability to exert influence beyond national borders.  Now, virtually anyone with the skills, intent and a smart phone or desktop can achieve global impact. And more stunning, a lone Tunisian fruit vender could spark the Arab awakening by setting himself afire.
The reality is that today’s major threats and dangers are not amenable to state-centric solutions predicated on the utility of military power.  If, as this column argues, failed and failing governance is the major impediment to global peace, prosperity and stability, no army or navy will alter that situation.  If economic despair, disparity and dislocation constitute the bases for terrorism or revolution, similarly, military force will not relieve the desperate condition for tens of millions of Egyptians living on $2 a day.
These and other factors provoke and empower radical ideologies that in turn have been amplified and exploited by religious extremism that uses terror and violence as the most effective means of turning intent into action.  Under these circumstances state-centric strategic formulations will fail.  Perhaps the Vietnam War was a harbinger although some will assert the cut-off of funds by a soured American Congress allowed Hanoi to win.  However, Iraq and Afghanistan have demonstrated the absolute failure of applying 20th century thinking to 21stcentury crises.
As Lenin asked, what is to be done?  During the Cold War, the West was populated with many strategic thinkers and statesmen.  Bernard Brodie, Zbigniew Brzezinski, Herman Kahn and Henry Kissinger come to mind on this side of the Atlantic and Raymond Aron and Michael Howard among others in Europe.  Today, it is far more difficult to identify and compile a list of such eminent strategic thinkers.
In part, this dearth of thinking arises from the failure of governance.  Politics, especially in the U.S., is no longer about governing.  Politics is about winning–winning elections, winning campaigns, winning on issues at any cost when the most effective means to succeed is through negative and destructive advertising.  No matter the issue, one is either for or against– or at grave risk of suffering retribution for disloyalty in abandoning the party line.
In this poisonous atmosphere, it is no accident that strategic thinking has become a casualty. The only solution, absent the elusory White Knight, is through academe.  Think tanks and universities must pick up this challenge of changing this antiquated mindset—a daunting task when raising money has become job one of many of these great institutions. And taking the King’s shilling often means serving that particular king and not a more noble cause.
Still, ideas count.  And the more think tanks and places of higher education that turn to the task of examining alternative means for creating relevant security mindsets and frameworks, the better off we will all be.  If we fail, future Iraqs and Afghanistans and not the victory of the Cold War, will be the legacy.
By Harlan Ullman|2017-11-14T21:28:29+02:0028 noiembrie 2013|America, Analize si studii, Blog, Harlan Ullman, Regiuni, Subiecte|0 Comentarii