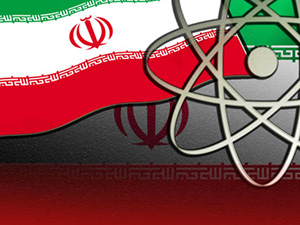 In an extraordinary time, by any measure last week was extraordinary. On Thursday, the Senate went nuclear. The super-majority requirement of 60 votes that allowed the revered “filibuster” to block confirmation of most presidential appointees was ended. Friday marked the fiftieth anniversary of John F. Kennedy’s death.  And Sunday brought the news of a nuclear agreement between the P-5 Plus One (the permanent member of the UN Security Council–the U.S., UK, France, Russia and China plus Germany and Lady Catherine Ashton, foreign policy head of the European Union) and Iran.

The specifics will be closely studied.  The agreement “freezes” Iran for six months from enriching uranium; destroying so-called HEU (highly enriched uranium); halting work on a Plutonium producing nuclear reactor; and accepting intrusive daily inspection of its nuclear facilities.  In return, the U.S. will remit between four and seven billion dollars to Iran currently in accounts frozen by sanctions.  Over the next six months, both sides have promised to finalize a comprehensive and binding agreement that will ensure Iran does not and cannot have a capability to turn peaceful nuclear energy into weapons.
Immediately and predictably, reaction of most members of Congress bounced between guarded optimism to cynicism and outright dissent.  Similarly, Israeli Prime Minister Benjamin Netanyahu called this freeze a “historic mistake” and Arab states in the Gulf led by Saudi Arabia were not pleased by the agreement as Iran is still seen as a Shia threat.  Debate will be intense.  However, because five major powers and the European Union are irreversibly engaged, whether this freeze works or fails will be determined by these negotiations and not by opposition in Washington, Tel Aviv or Riyadh.
Critics and skeptics rightfully distrust Iran and its motives and point to the nearly thirty–five year history of Iranian animosity directed against the US and Israel from terrorist attacks through Shia proxies and rhetoric that has called for the end of the “Zionist state.”  Failure to prevent North Korea from acquiring a nuclear (although undetermined) capacity is cited as further reason to criticize the deal.  And many critics argue that because sanctions appeared to have crippling effects on Iran and its economy, they should not be lifted until Iran dismantles its nuclear capacity.
The Obama administration makes a powerful case for the freeze underscoring that the agreement will keep Iran from enriching weapons grade uranium and destroying or diluting its stock of uranium enriched to 20% (HEU) while accepting transparent and intrusive international inspection.  And, at some stage, the White House must remind the public that this is not a bilateral U.S.-Iran deal–-that five other states and the EU are equally engaged.  That said, the freeze will still provoke a political donnybrook. Fortunately, the issue of the right to enrich, not specified in the Non-Proliferation Treaty, has ben finessed.
Beyond North Korea, history tends to support arguments favoring the freeze.  The Munich analogy will be cited as relevant. Neville Chamberlin declared “peace in our time” appeasing Adolph Hitler in 1938 at Munich mistakenly giving the Nazis carte blanche to invade Poland a year later starting World War II.  The differences with today eviscerate applying that analogy.
Iran is not Nazi Germany.  Nor is the U.S. Britain in 1936.  And, the agreement carries the weight of the major global powers of the P-5 Plus One.  Last, if this freeze fails, the likelihood that force will be used to eliminate or setback Iran’s nuclear (and probably a good portion of its military) capacity is real and possibly far more likely as a result.
For those who complain that negotiating with adversaries is folly, history matters.  The U.S. negotiated with China in Korea during that war and with North Vietnam twenty years later when Americans and allies were being killed on the battlefield.  Nixon went to China, then our enemy, and negotiated arms control treaties with the wicked Soviet China.  Last, that Bashar al Assad agreed to destroy Syria’s chemical weapons suggests that Iran might be prepared to honor the declarations of its supreme leaders calling nuclear weapons immoral and promising that Iran would never acquire them.
During the next six months while both sides attempt to put in place a permanent agreement, the advice of Winston Churchill should inform us.  When the tide of battle against Hitler gave the first implications of reversing the string of Nazi victories, Churchill cautioned: “This is not the end. Nor is it the beginning of the end.  But it is the end of the beginning.”
The freeze is a first step.  While hope is not a strategy, one hopes this is the end of the beginning and the beginning of the end of Iran’s nuclear ambitions. But the toughest, part lies ahead.
By Harlan Ullman|2017-11-14T21:28:29+02:0028 noiembrie 2013|Blog, Harlan Ullman, Orientul Mijlociu, Regiuni|0 Comentarii