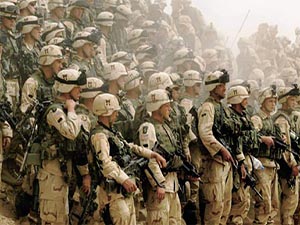 Prior to entering national office, politicians of all stripes and especially American presidents-elect and members of Congress should take a short course in Geopolitics 101.  That course would have but two warnings:  don’t start wars you can’t win and above all don’t lose wars.  One would think that is common sense.  But it is not.

America’s wartime scorecard is not impressive with a singe exception.  Along with allies, we won the big one—World War II.  Korea was at best a draw.  Vietnam, and let’s not forget that was a war of our choice, went to the other side.  Grenada did not count.  Afghanistan and Iraq have turned out badly so far.  These were above all political defeats that could not be won even by the most powerful military force on the globe.

That record should give pause to politicians considering military action whether under a declaration of war or a Congressional authorization to use military force.  Every war the U.S. has initiated more or less unilaterally has led to failure of one kind or another.  In a “what if” moment, had the George W. Bush administration made capturing or killing Osama bin Laden a higher priority than overthrowing the Taliban, obviously history might have been different. Had we not intervened in Iraq ……But we did.

Today, the horror in Syria and its civil war continues with unconscionable slaughter of civilians and no end or settlement in sight.  The Geneva talks have failed.  Both the Assad regime and the Syrian opposition believe they are winning.  Hence, there is little leverage to force either side to accommodate and accept some compromise.

Assad has the support of Russia and Iran.  With ongoing negotiations between Iran and the P-5 plus 1 to reach a verifiable agreement that would keep Tehran from ever acquiring  nuclear weapons, Syria could be a spoiler.  The likelihood is that securing an agreement will take precedence over attempts to muscle Iran out of Syria—a tactic unlikely to succeed regardless.

The Syrian opposition is riddled with Islamists and foreign fighters.  The U.S. State Department estimates about 7,000 foreign Jihadis are already in Syria, some or many with Western passports.  The Free Syrian Army has dismissed its first head of the Supreme Military Council, Brigadier Salim Idriss.  While arming and training the opposition seem sensible courses of action, that radicals and extremists could seize control of the movement, topple Assad and end up running Syria are prospects not to be easily discarded.

Saudi Arabia and Qatar are actively engaged in supporting the opposition with money and funding. Syria has become an intra and interwar surrogate for the Sunni-Shia vendetta with the Alawite minority  against the Sunni majority and Iran versus Saudi Arabia in what is a 21st century variant of the Spanish Civil War of the late 1930’s with Franco’s fascists supported by Nazi Germany fighting Spain’s socialists and communists supported by Soviet Russia.

Humanitarian arguments and the collapse of Syrian peace talks are understandably forcing the Obama administration to reconsider its policy alternatives.  Both the president and Secretary of State John Kerry have publicly admitted that the current policy is not working.  But the prospects are bleak.

This column has outlined a series of policy choices that range from bad to worse.  Training and arming the opposition carries the risks noted above.  Establishing safe havens and no-fly zones will require a robust military commitment even without deploying ground forces.  Attacking Assad’s air bases to remove his helicopter and fighter-bomber advantages in essence is an act of war.  And who would do the attacking?

Both the British Parliament and the U.S. Congress did not and would not endorse military strikes last fall.  Prime Minister David Cameron was rebuffed by the Commons and Mr. Obama chose not to request approval to use military force from Capitol Hill.  Circumstances change.  Perhaps the sight of barrel bombs on Aleppo and Homs will change opinions.  But if so, what can be done?

That gets back to Geopolitics 101.  Is the U.S. or any combination of outside powers prepared to wage war over Syria?  That is the crucial question.  If the answer is yes, then the “what next” question of what a post-civil war Syria would require to assure a measure of stability and absence of violence must be answered.

If outside powers are unwilling or unable to address these questions, the best that can be done is on the margins.  Humanitarian aid, judicial action to designate individuals on both sides as war criminals and the bully pulpit are insufficient.  Arming and training is at best a palliative and not a cure.

And we must remember that the only thing worse than starting a war is losing it. Unfortunately, that is a warning we tend to forget.