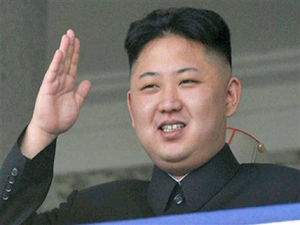 Few sane people would normally find themselves in agreement with North Korea’s boy dictator Kim Jung Un.  The hacking of Sony Pictures over its movie “The Interview,” presumably by North Korea in retaliation for the loony plot to assassinate its supreme leader, was the latest outrage. Howls of protest immediately reverberated from Hollywood’s elite sullied by the unveiling of Sony’s disparaging corporate emails to President Barack Obama’s questioning of “why didn’t they ask me first” before initially deciding not to run the film.

Some called for immediate retaliation against North Korea as if this were a de facto act of war.   Others bellowed that it was a patriotic duty of Americans to see the film. And, in fairness, constraint on free speech imposed from abroad by unsavory despots is just not acceptable.

Of course, few Americans had even seen the film while this mini-firestorm raged.  Had they, many might agree with Kim’s censorship.  The film is unforgivably bad.  A great pity because satire and black humor should be directed against offenses to society including North Korea.  And a good thing President Obama did not screen the movie in the White House unless of course his intent was to torture Republican guests despite the rejection of that technique as “cruel and unusual.”

Where then is Hollywood when needed?  Think of the fabulous political satires dating back to Charlie Chaplin’s parody of Adolf Hitler in “The Great Dictator.”  Stanley Kubrick’s “Dr. Strangelove” was a brilliant dissection of the folly of nuclear deterrence marked by Peter Seller’s bravura performance in three roles and the splendid names given to the characters—-from Generals Buck Turgidson and Jack D. Ripper to Major Bat Guano and Dr. Strangelove himself.

Mel Brooks skewered the racial and social divides with the classic Western satire  “Blazing Saddles” featuring a black sheriff and a gay gunslinger.  And his “To Be or Not To Be” about Polish actors trying to escape Hitler’s ruthlessness in 1943 was another great portrait ridiculing the Nazis.

On Christmas Eve, several of us watched, or tried to watch “The Interview.”  The first ten minutes were enough to induce surrender.  A few slogged on.  The film was so dreadful that the rumor Sony concocted the hacking incident to hype an otherwise dreadful movie made good sense.

Why then was there so much ado about a nothing movie?  First, the fragility and potential vulnerability of any society built and dependent on information in this cyber age is real.  Some have already (mis) used the term Cyber Pearl Harbor citing the extreme vulnerability of power grids, bank accounts and other infrastructure to hack attacks.

Second, Sony’s initial response to pull the plug on the movie was because theater owners were rightly fearful that the threat of retaliation for showing the film raised potential liability issues including lawsuits if terrorists of any stripe struck. Adversaries and pranksters will use this avenue of cyber meddling for retribution, leverage, gain or fun damaging and disrupting a free and open society in the process.

Third, more sinister events loom. Hacker criminals are little different from thieves, hucksters and Ponzi artists determined to rob, cheat or swindle money from unsuspecting and even suspecting targets.  Imagine if hackers could penetrate stock markets and alter data such as stock prices.

Suppose cyber versions of Bernard Madoff manipulated figures on corporate balance sheets and earnings statements to exploit those changes for financial or business gain.  Or, imagine opening your latest bank statement to see that your entire account was depleted.  While institutions guard against cyber crime, fertile new grounds have been created that clever minds surely will try to harvest.

Hence, on one hand, the hacking of Sony—predictable therefore unsurprising—is an inherent reality of the cyber age.  Certainly, the consequences are serious even if the cause celebre—the flick in this case—was trivial.  On the other hand, many more hack attacks worse than this one are inevitable and will become relatively commonplace.

One conclusion directly related to cyber vulnerabilities is learning from how the monetary, banking and financial systems adapted over the decades to fend off crooks and scamsters.  A second conclusion is that “ready, fire, aim” is not always a good response to every crisis.  Had the movie been seen, the common sense inherent in us all might have led to a more measured and sensible reaction.

And finally, maybe Kim ain’t such a bad movie reviewer even if his methods of critique are grotesque.