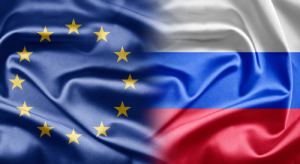 The transformation currently taking place within the European Union not only casts doubt on the future of the bloc, but it also brings to the forefront elements that redefine the notion of country risk. The conditions Brussels has attached to its assistance to Cyprus have opened a discussion on how much control a country’s government should have over the financial sector and, ultimately, its citizens’ savings. Ever since the great depression in the 1920s, the idea that bank deposits are secure has been a fundamental banking principle. Brussels’ demand that depositors pay for the bailout of their Cypriot banks breaks the social contract in place in Europe since the 20s. The main argument is that the depositors are not Cypriot nationals but shady Russians — and the confiscation is thus not targeted at ordinary people. However, ordinary people will also suffer the consequences.

Furthermore, the European Union has for the first time created an official policy that adds new elements and questions for businesses when they analyze a country’s macroeconomic stability. This basically translates into adding a new factor to the way we calculate country risk. As George Friedman says in his last weekly:

“The more significant development was the fact that the European Union has now made it official policy, under certain circumstances, to encourage member states to seize depositors’ assets to pay for the stabilization of financial institutions. To put it simply, if you are a business, the safety of your money in a bank depends on the bank’s financial condition and the political considerations of the European Union. What had been a haven — no risk and minimal returns — now has minimal returns and unknown risks. Brussels’ emphasis that this was mostly Russian money is not assuring, either. More than just Russian money stands to be taken for the bailout fund if the new policy is approved. Moreover, the point of the global banking system is that money is safe wherever it is deposited. Europe has other money centers, like Luxembourg, where the financial system outstrips gross domestic product. There are no problems there right now, but as we have learned, the European Union is an uncertain place. If Russian deposits can be seized in Nicosia, why not American deposits in Luxembourg?”

If depositors (companies and individuals both) accept Cyprus as one of a kind, then this instance will not influence the way investors look at country risk going forward. But if not, then not only will the way we calculate country risk change, but foreign corporations may choose to pull part of their cash out of European banks whenever they see or perceive a situation similar to the one unfolding right now in Cyprus. Massive withdrawals, if and when they occur, can create a liquidity crisis. At the very minimum, any economist dealing with finances will assume that the risk associated with the financial health of the banking system in the European Union has risen, and a closer eye will be kept on the institutions where they deposit money.

Growing risk aversion toward European banks is especially troubling for Europe since bank lending plays a far more important role as a source for credit than in the United States where other channels of business financing (such as bond or stock markets) are more widely used than in Europe. If Cyprus is not considered a unique situation, Brussels’ new policy move will affect countries at the EU periphery (Central and Eastern European countries included) where perceptions of the economy are already negative — investors may choose not to deposit too much money in these countries’ banking systems, preferring the core European states. This, in turn, will negatively affect the credit market in countries that need liquidity to support their emergent economic growth. But let’s hope that there will not be such a far-reaching spiraling effect, and that the markets will actually believe in the uniqueness of Cyprus – this is, after all, Brussels’ bet.

To add to the political risk perception, we’re seeing an increasing lack of confidence in the traditional elites. While the emergence of nationalist and anti-establishment parties is not new, we are currently seeing the growth of grassroots movements that don’t necessarily have a political structure, but are trying to “change” the way the democratic system works. In Spain, the Platform of People Affected by Mortgages collected 1.4 million signatures and forced parliament to discuss a change in the country’s mortgage law. In the Netherlands, a group presented signatures to parliament to spur a non-binding referendum over whether the country should limit the transference of sovereignty to the European Union. This is just more proof that euroskepticism is on the rise — even in countries at Europe’s core.

Even as there are clear signs of member states not being comfortable with the course of integration in the union, we saw the European Commission give Croatia the green light to join the European Union in July. Germany, Denmark and Slovenia still have to ratify the accession, but it looks like, despite all its problems, the European Union will accept a new member. This comes as a promise of hope for the union – Brussels is showing it still has the muscle to expand and to accept challenges, even as it deals with problems of its own. It remains to be seen whether, amid all the other worries the union face, there is still any confidence in the growth of the European Union. Croatia’s accession takes place at a time when EU members Romania and Bulgaria are struggling to accede to the Schengen area, and the United Kingdom is already pushing for anti-immigration policies. Moreover, the Netherlands and other EU countries will likely impose a temporary ban on Croat workers, just like they did on other countries when they joined.

As the European Union remains preoccupied with its internal problems, Russia is gaining momentum. Russia has strongly criticized the EU bailout agreement on Cyprus, mainly because Russian business and political leaders will suffer financially from the deal. During the past year, the Kremlin has said that it is willing to bail Cyprus out, but only as a part of a joint EU-Russian plan. This dovetails with regional dynamics, as it would involve the cooperation of Germany, who is Russia’s largest energy consumer. Russia’s not bailing out Cyprus is also in keeping with the current anti-corruption campaign launched by Moscow. As Stratfor notes in its analysis: “the Kremlin has been forced to speak out today against Cyprus’ actions because it does not want Cyprus to disrupt its anti-corruption efforts. Moreover, the Kremlin does not want its richest citizens to be any poorer because it does not want investments at home to suffer.” For the Cypriots, the Russians may however appear to be the good guys in all this — simply because they have spoken out against the current solution.

Russia is also seeing small gains in Eastern Europe. On March 20, the European Union released a report on the status of its European Neighborhood Policy stating that while Moldova and Georgia have made progress over the past year, Ukraine has experienced a setback in its relations with the union. Looking at the three countries mentioned, one can see their prospects of growing closer to Brussels have diminished simply because the pro-European political factions in each country have weakened during the past year. Considering the significant levers that Russia has in all the three countries, Moscow stands to earn clear political and economic gains. While the European Union has clearly lost concentration and focus on bringing its neighbors closer to Brussels, it remains to be seen whether Brussels will soon react to Moscow’s slow moves in the region.