Sweden and the European Transition 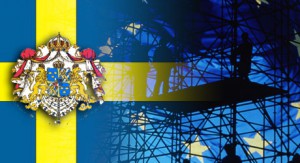 Conferences as a general rule are meant as networking events – rarely do you attend one that provides new insights into reality. Over the last three weeks I have traveled and attended conferences in Slovakia, Switzerland and Romania. Considering that the three events I attended focused much on international security and defense policy, I was surprised to observe the persistence of two general themes: the pessimistic view on the future of the European Union and the questions marks flying up in the air whenever talking about NATO.

Looking back, news coming from one country — Sweden — highlighted the two worries. Since early March, the Swedish media has been a stage for intense debate regarding the country’s defense and security policy. A Russian flyover near Sweden’s airspace prompted Danish NATO fighter jets stationed in Lithuania to shadow the Russian jets, since Sweden was reportedly unprepared to respond to the maneuver. This incident intensified the already existing debate. The discussion sharpened further after a meeting between Russian Defense Minister Sergei Shoigu and Belarusian President Aleksandr Lukashenko in Minsk on April 23 concluded with the announcement that Russia will deploy four advanced anti-missile batteries to Belarus in 2014.

This carries the Russian military buildup in the proximity of the Baltic region to a new level, within the context of the Collective Security Treaty Organization, something that clearly makes Sweden nervous. This situation underlines a key question: Just how important are strong partnerships for the wellbeing of Sweden?

This seems to be a difficult question to answer at a time when the eurozone is facing unprecedented troubles and NATO seems still to be reassessing its purpose in the aftermath of the Cold War. The two supranational institutions are in transition, and both seem to be undergoing a process of political fragmentation. The pessimists consider these institutions’ transitions to be proof that they are in fact beginning to fail. The optimists see the challenges in the transition, but they say that Europe has never made any progress without first being made to face a challenge. The realists see the nationalism growing in European states (and the accompanying anti-EU feeling) and the diminishing level of trust between the member states, and they believe the crisis will lead to the formation of a multiple-speed Europe.

This is why I found conference panels on EU defense policy somewhat…futuristic. The European Union, as a supranational organization, lacks a true understanding of the terms “emergency” and “decision”. The meetings and the councils are not meant to serve or even to establish a defense policy, and with so-called “égoïsme sacré” (the holy national interest) growing everywhere in the EU due to the Continent’s economic problems, we will most likely not see meaningful action on EU defense capabilities any time soon.

Let’s get back to Sweden. As an EU member, it will probably opt to stay out of the Eurozone for the time being and will most likely continue to enhance defense cooperation with some NATO countries and with other Nordic states. Sweden is not the only country opting for such a policy. While Visegrad 4 is not yet a vigorous organization, Poland would like it to see it evolve into a viable supplement if not an alternative to NATO – an organization that would ensure and improve regional defense.

Countries across Europe are grappling with the same kind of choices facing Sweden and Poland.  The circumstances in which these two countries find themselves thus vividly demonstrate the transition the Continent is undergoing.