The European Union, from Germany to Greece 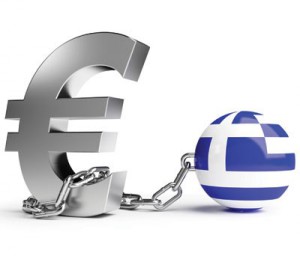 During the last few weeks I struggled to find out ‘the important’ in the world news. As always, travels are making it even harder – but at the same time, the details of life perceived while traveling are making all the difference. Away from the media noise about the troubles of the eurozone, I had the opportunity to travel in Germany, Austria and Greece recently.

Starting my trip in southwestern Germany, at the very heart of the eurozone, I had the chance to meet with businesspeople saying that the “EU must be organized in order to work efficiently” and listen to students talking about the great chances that the European Union has offered them so far. In a countryside trip I’ve also discovered the factories that were said to be less productive now than they were in the last few years, being hit by the economic crisis. While consumption has decreased, people seem to believe (or at least say they believe) that the EU will work out the current crisis and that there is no turning back to what was before, when Europe wasn’t united.

Going along the Danube, toward Vienna, the same feelings are shared. The Europeans must stick together. However, in the picturesque city of waltz, international relations seem to be less important and the euro is just the currency traded at the Christmas markets downtown. The museum city displays richness in every corner and is visibly more tolerant of immigrants, remaining the Eurozone country having the lowest unemployment rate. Vienna has also recently become the meeting point for Central and Eastern Europeans – it is the place where rich Slovaks, Romanians and Hungarians meet for coffee to discuss the problems of their countries’ health systems or the low quality of the artificial snow on the slopes of the Carpathians. The city displays its agitation at certain hours of the day and, while there are clearly big banking and energy industries supporting the economy, the worries are well hidden by the sumptuous touristic atmosphere. Businesses are discussing ways to reform and diminish their dependence on markets in the Central and Eastern European periphery. Traditionally focusing on the region, Austrian companies know how to leverage the specific risks and are still interested in dealing even with the emerging economies in the Western Balkans in an effort to sustain growth or limit the fall.

Things are however different when going South. In Greece, the country that has most felt the effects of the economic crisis, the tourism industry has visibly diminished. Athens is now a worried gray city, guarded by the police and gendarmerie forces. However, the shopping spirit and the joyful noise in restaurants and cafes still mark the glamorous ‘before Christmas’ atmosphere. The difference between the rich and the middle-class families has visibly grown and the euro is pointed out as ‘the problem’ more often than a year ago. Austerity has brought in an avalanche of taxes that Greeks are having trouble paying, considering the growing unemployment rate in the country. As consequence, the elder population in their 60s may be heard wondering about the European dream they had when they were young, while the students see the European Union as the ‘necessary evil’ in their lives. Here, the feeling of inequality in diversity shades the united Europe project.

The decision on the banking union made last week was regarded in Greece as something else that “they needed to impose.” “They” means Germany to Greeks, even if the deal on the banking union was extensively negotiated within the EU. Of course, the loud voices heard at the negotiating table were those of France, Germany and the U.K., each getting what they wanted out of the first round. I call this a first round since the agreement signed Dec. 13 is a compromise, reflecting the fact that the European leadership has decided to move forward on the elements where consensus can be found while putting off the other issues that may be more divisive. Therefore, other rounds of negotiations will be needed. And those will be tougher — because the economic crisis is starting to hit the core of the European Union (Germany included) — but also more interesting.

The political and economic constraints obviously create social problems — and these, in return, shape national policies, defining the national interest depending on the nation’s needs. It will definitely be interesting to see how Europeans, no matter their nationality, make their voices heard. It seems to me that from Germany to Greece and beyond, the public has the eternal ‘enemy’ to fight — the political system they feel to be trapped in. I haven’t met anyone recently that didn’t mention that a change is needed…or that didn’t say that European unity is a must. While EU leaders are focusing on creating tools to manage the current crisis and ideally help bring stability in the future, Europeans have social problems dependent on each country’s specific environment. The risk that the European Union leadership doesn’t seem to address is the fact that, in the process of creating tools to deal with the development of a two-speed Europe and contain its crisis, they may find themselves facing a multiple-speed, diverse Europe that may or may not want to face the world united.