The nuclear deal with Iran and the law of unintended consequences 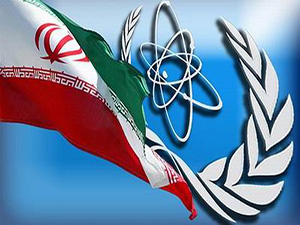 The Thanksgiving holiday and the consumer shopping frenzy over “Black Friday” last week temporarily captured America headlines obscuring for a brief spell, the nuclear deal that, if consummated, will assure Iran will not develop nuclear weapons.  But make no mistake. Debate over the agreement signed by the P-5 Plus One, the European Union and Iran will fill tons of newsprint and hours of television airtime over the next six months as debate rages over the virtues and vices of this deal.  Yet, almost certain to be lacking is thoughtful consideration of unintended consequences that may arise whether the agreement succeeds or sinks and how to respond regardless of the outcome.
First and defying the odds, assume the agreement leads to a verifiable end state that guarantees Iran does not and will not develop nuclear weapons. Such an outcome will be a great accomplishment raising expectations and even generating euphoria about re-integrating Iran into the international system and ending the prospect of military action in the region to deny and degrade Iran’s nuclear capacity.  Further, success will create the prospect of other potential breakthroughs from finding resolution to the Syrian Civil War to ultimately ending the Arab-Israeli-Palestinian conflict.
As trade and economic commerce build and the intrusion of social media into Iranian society grows, the prospect for Iran evolving into a more open and less hostile state must increase.  The crumbling of the clerictocracy is not inevitable.  It may be more likely.
On the other hand, relief of sanctions could easily strengthen the current regime as economic depravation and thus reasons for popular unrest recede.  A stronger economy means a stronger Iran.  And a stronger Iran will not be welcomed by Saudi Arabia. Even without nuclear weapons, Iran can still pose a threat to the Sunni Arab states in the Gulf “by other means,” namely covert activity and terrorism.
While removal of a potential existential nuclear threat should make Israel more secure, the possibility that Iran could abandon or secretly circumvent the agreement will stoke concern and indeed paranoia by the right wing permanently distrustful of Iran. The same distrust exists in the United State by those who will fear as the Soviet Union “cheated” during the Cold War despite signed nuclear reduction treaties, so too will Iran.  Hence, what might be viewed as opportunity for bringing permanent peace and stability to the region will be limited by long standing suspicions and animosities.
If the agreement fails or breaks down, the Obama administration, pushed by Saudi Arabia, Israel and members of Congress, may have no alternative except to use military force against Iran’s nuclear infrastructure.  Whether other states including the “P-5 Plus One” would support or participate in military action is problematic.  Surely, re-imposing and even strengthening the economic and financial embargoes would be a certainty.  Iran would become more isolated internationally with repercussions that will affect the Syrian Civil War through continued use of Hezbollah as a surrogate. Retaliation against Israel cannot be dismissed.  The most damaging unintended consequence of a failed agreement is to push the region into further violence, conflict and even a full-blown war.
On the other hand, should the agreement falter, en lieu of a Gulf War, a more innovative and imaginative strategy could emerge to protect allies and friends in the region.  The Soviet Union was a military superpower with tens of thousands of nuclear weapons and a huge army.  But it was contained and deterred.  There is no reason that a similar strategy of containment and deterrence of Iran could not be recreated in the region including the stationing of more American forces on the ground and at sea.  Missile defense, building on the network already in place in the Gulf and headquartered in Doha, Qatar could be part of this strategic plan.
Obviously, it is impossible and implausible to envisage all the unintended consequences that might ocur over the next six months as this nuclear agreement continues to unfold.  However, some of the more likely possibilities and contingencies should help condition strategic thinking and planning to deal with different outcomes, good and bad.   Understanding that success or failure brings both new opportunities and risks is vital to this thinking.
No outcome will be entirely favorable or completely detrimental to the interests of those determined to prevent the proliferation of nuclear weapons in the Gulf. The greater risk is failing to anticipate unintended consequences or preparing to deal with them.  Unfortunately, the mentality of “you are with or against us” in what tragically has become “zero sum” political pitched battles in the U.S. over virtually every issue, makes agility and sophistication in strategic thinking and planning elusive and indeed virtually extinct qualities.
By Harlan Ullman|2017-11-14T21:28:29+02:006 decembrie 2013|Blog, Harlan Ullman, Orientul Mijlociu, Regiuni|0 Comentarii