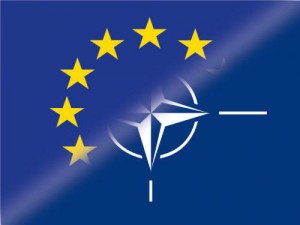 While most conferences on NATO organized by organizations close to the alliance follow a somewhat predictable format, I had the privilege to participate in one that was interesting not only for the ideas participants brought forward, but also for the interaction between the speakers and participants, NATO and the Future of Cooperative Security (part of the 58th ATA General Assembly), held in Rome.

On the diplomatic side, the general consensus was that if NATO wants to remain a relevant institution, the Europeans have to take on a greater burden. Italian Foreign Minister Giulio Terzi was surprisingly frank, saying the Europeans can no longer rely on Washington to take the lead in the European theater due to the United States’ increased strategic emphasis on Asia. Another oft-highlighted point was that Europe will have to find better ways to pool its resources as a consequence of the Continent’s financial crisis. How this can be achieved was not really addressed.

Karl Heiz Kamp, the director of the research division at the NATO defense college in Rome also listed the economic crisis as a factor that increases risk aversion among Europeans. Kamp said that the dynamic is occurring at a time when European countries need to carry a greater security burden in Europe and its periphery, again mentioning the U.S. pivot to Asia. The pressure on Europe to cut spending as a result of the financial crisis is worrying the United States. As was pointed out, Europe is a security consumer, and Washington wants Europe to become a stronger security provider. NATO’s historic role has been to provide security in Europe, but the United States wants to see the Europeans play a larger role as security providers outside Europe. This is why many voices are calling for an increased emphasis on partnerships with Mediterranean and Gulf countries — to allow NATO and Europe to play a more relevant role in Europe’s periphery.

Vice President of the Atlantic Council of the United States Dr. Frances G. Burwell touched on a number of interesting themes:

The discussions during the conference seemed to be aimed at answer the question of what NATO’s future role should entail. The ideas all represented effective ways to ensure peace and stability, but I felt that a clear framework to put them to practical use was lacking. While I believe that NATO could play a role in the Mediterranean, and that this is where the Europeans should be more involved, I am still wondering and researching what a free trade agreement between the United States and the European Union would really bring to the world economy. Obama’s State of the Union address this week left open the question of NATO’s role after Afghanistan. That question was addressed during the conference, but too many answers were given, leaving the impression that NATO’s fate remains unclear. It seems that the analysis on NATO’s future written by Robert D. Kaplan some months ago still stands.