What next for syria—breakthrough, breakdown or botched opportunity? 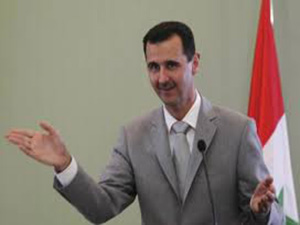 The Obama administration is on the verge of botching an unprecedented opportunity. Prior to the remarkable joint U.S.-Russian initiative that established a process to dispose of Syria’s chemical weapons arsenal, the outlook for the region was grim.  The only certainty was continuing violence that will kill tens of thousands and displace many more hundreds of thousands of Syrians.

President Barak Obama had double checkmated himself by declaring that Syrian President Bashar al Assad must stand down from office and then setting a “redline” around using chemical weapons.  Following the chemical attacks that killed some 1400 people on August 21st, Obama made two highly contradictory decisions.

First, the president vowed to use force to deter and degrade Syria’s chemical weapons.  Next he elected to secure from Congress the authority to use force.  Fortunately, Secretary of State John Kerry’s mention at a London news conference of Assad foregoing those weapons prompted Russian President Vladimir Putin to intervene and propose a joint U.S.-Russian initiative.  The results so far have been a UN Security Resolution authorizing the disposal of Syrian weapons and the arrival of inspection teams from the Hague’s Office for the Prohibition of Chemical Weapons in Damascus and the UN.  So far, so good—-maybe.

What happens next could be breakdown, breakthrough and sadly and most likely, a botched opportunity. Given the logistical nightmare of actually disposing of these agents and the possibility that Assad is using chemical weapons as a diversion to stall for time, breakdown could force Obama to reorder military action with or without Congressional approval and opt for a policy of regime change. Worse, Moscow and Washington will blame the other for the failure.  And a new version of the old cold war could break out.

A breakthrough brings its own downsides.  For Mr. Obama, actual elimination of Syrian chemical weapons will leave Assad in power.  Arming and supporting a fractured opposition especially those that rejected the initiative to dispose of Syrian chemical weapons while allowing Assad to retain power will be difficult.  So Mr. Obama needs an exit strategy.

The most likely Obama exit strategy is to botch this opportunity.  The chemical weapons inspectors seem to be making good progress in identifying and disposing of those weapons.  And security appears, and that is the appropriate word, to be providing sufficient protection for the inspectors to continue their work.  Hence, it is possible that if this condition holds and disposal is completed sooner than later, the Obama administration will claim victory and continue its current contradictory policies towards Syria and Assad that can only lead to greater bloodshed and violence.

Cynicism aside, the opportunities afforded by this American and Russian initiative are too important not to be exploited.  Three are particularly relevant. First is improving U.S. and, by extension Western relations with Russia.  Cooperation in disposing of Syria’s chemical arsenals including sharing joint technical capabilities and consideration of sending forces to bolster security for the transportation and disposal of these weapons can be great confidence building measures.

Second, Iran has a role to play.  Engaged through Hezbollah in Syria, Iran remains economically crippled by sanctions.  The model of disposing of Assad’s weapons could be a springboard for negotiations to prevent Iran from developing nuclear weapons with an ironclad verification scheme that might allow, with proper oversight, uranium enrichment below weapons grade.  Such a negotiation would relieve many of the tensions and potential grounds for crisis and tragedy in the Gulf including ending the sanctions.

Third, if Iran foregoes nuclear weapons, and that can be guaranteed and verified, Israel has no legitimate reason to take unilateral military action.  More to the point, with Iranian support, as well as that of the Sunni world, movement on redressing the Arab-Israeli-Palestinian conflicts with a two state, Israeli-Palestinian solution, however intractable, may be possible.

Ironically, in an otherwise bleak and crisis filled picture of international dangers, removal and destruction of Assad’s chemical weapons could, and the operative word remains could, lead to changes as profound as the end of the Cold War and open a new and safer chapter in human history.  The challenges are Herculean and the odds against exploiting this opportunity are stunningly long.  But what is the alternative?

Reality raises its ugly head.  The American ship of state is adrift and badly foundering. The nonsensical pantomime in Washington over reopening government and raising the debt ceiling is Exhibit A.  Moreover, the main and native opportunity the White House sees is crushing the Republicans by assigning them blame for this fiasco, thereby winning the 2014 Congressional elections and not making breakthroughs in the Middle East.

Mr. Obama, you were bold in taking down Osama.  Be bold again. Do not botch this unprecedented opportunity with Russia!