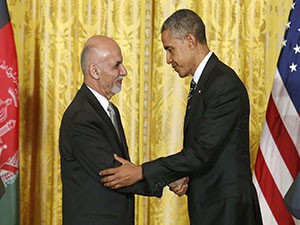 Last month when Israeli Prime Minister Benyamin Netanyahu made his ill-advised plea to Congress to scuttle the nuclear negotiations with Iran, fringe Republican elements in Congress, along with right wing fellow travelers, called Bibi the 21st century’s version of  Winston Churchill.  Clearly they must have been referring to Churchill’s flip-flops to and from the Conservative Party as Netanyahu would do vis a vis opposing the two state solution.  Possibly they may have been referring to Churchill’s tenure as First Lord of the Admiralty and the disastrous Gallipoli assault he initiated in 1915 or his five years as Chancellor of the Exchequer after World War I and the monumental economic blunder he made returning the pound sterling to the gold standard.

But surely the link could not have been with Churchill the brilliant, gallant and steadfast wartime leader who, by dint of character, will and language, turned near defeat into victory.  Instead, that association surely should be applied to Afghan President Ashraf Ghani who visited Washington last week.  In full disclosure, the president is a good friend and colleague of many years standing.

In his public addresses to Congress and the U.S. Institute of Peace (USIP) and his meetings with the most senior American officials, Ghani was Churchillian if not in stature and swagger certainly in message and oratory.  He repeatedly thanked America for its support and assistance in assuring Afghanistan’s future integrity. At his USIP address, Ghani began by pulling no punches by immediately raising the outrageous mob murder of an Afghan woman in Kabul.

More to the point, like Churchill, Ghani was objective and forthright in presenting the realities, challenges, dangers and obstacles confronting his country.  Echoes of Churchill’s “blood, tears, toil and sweat” speech were evident in Ghani’s commitment to making Afghanistan a success.  And while he did not say that he was prepared to “fight on the beaches and in the cities” and “never surrender,” his observation that Afghans spent the last 5000 years battling for independence and would spend the next 5000 years in that pursuit if necessary was as compelling.

Make no mistake: the conflict in Afghanistan to bring a measure of peace, stability and justice to that war ravaged country is far from over.  To repeat Churchill, this is “the end of the beginning” not the beginning of the end.  Ghani is in a fragile partnership with Abdullah Abdullah who lost the election and is serving as chief executive, in essence as prime minister. Ghani has many rivalries, competing interests, tribal constituencies and a GDP entirely dependent on external largesse to balance.

After the attacks of September 11th, 2001 and twenty-four years abroad, Dr. Ghani returned to Afghanistan as a pro bono advisor to Hamid Karzai. He became Minister of Finance from 2002-2004, voluntarily choosing to disclose all of his assets in that process, an impressive symbol of his integrity. After the 2004 elections, he turned down a cabinet post and assumed duties as Chancellor of Kabul University.

Ghani lost the 2009 presidential elections but remained in Afghanistan continuing to advise Karzai. Elected president after the 2014 run-off against Abdullah, he won 55% of the votes. With the urging of Secretary of State John Kerry, Ghani agreed to a government of national unity. Since then and within the restraints of that coalition, Ghani has taken dramatic steps to create a system of justice and equality and to jumpstart a moribund economy to harness Afghan’s many unexploited resources.  But his major challenge is strengthening the Afghan National Security Forces (ANSF) so they can provide full security to a country that has only known war for decades.

When asked at USIP what was his top security priority in dealing with the Taliban, Ghani immediately replied “Pakistan!”  Without Pakistan’s help in neutralizing the Taliban on both sides of the Duran line, Afghanistan would not be able to assure its own security.

So far, Ghani has been courageous in his anti-corruption campaigns dismissing 62 generals and many civilians judged corrupt, incompetent or both.  But, unlike Churchill who was able to hold Britain together during the desperate years of 1939-1941 until Pearl Harbor brought America into the war, Ghani faces the reverse situation.

While President Barrack Obama has delayed the withdrawal of U.S. forces, he is no Franklin Roosevelt.  Nor is a “lend lease” plan in the works.  America has given enough–close to a trillion dollars for the war in Afghanistan.  How the ANSF will cope after 2016 and who will provide the $6-8 billion Afghanistan needs annually to survive are huge uncertainties.

Still, President Ghani has the will and the determination to succeed.  Indeed, if he does he will be the true 21st century successor to Sir Winston Churchill.