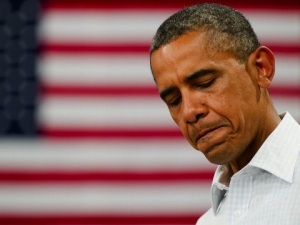 Using a baseball metaphor, in the field of national security, when the United States comes to the plate to bat, it often starts with two and a half strikes against it. Strike one is the chronic tendency to misinterpret, distort and even invent threats often for politically expedient reasons.

Strike two is the failure to address the question of “what next?” once crucial foreign or national security policy decisions have been taken.

Strike two and a half are lapses in oversight of sensitive national security programs that too often occur.

Regarding threat assessment, during the Cold War, the U.S. believed that the Soviet Union was “ten feet tall.” It turned out the Soviets were five foot something and did not have all of their vital organs developed.  Both Presidents John Kennedy and Lyndon Johnson believed communism must be stopped at Vietnam’s Mekong rather than America’s Mississippi River. Despite George W. Bush’s certainty, Saddam Hussein’s Iraq did not possess weapons of mass destruction. Syria is the next test of America’s ability to assess threats objectively.

Tragically, having made important national security decisions, particularly intervening in Iraq, Afghanistan and now apparently Syria, the question of “what next?” was never answered.

Finally, despite the assertions of both the White House and members of Congress that the just revealed secret phone and Internet surveillance programs were fully legal, completely justified and properly overseen, the record of illegal governmental excesses and intrusions into civil liberties dating back to World War I does not inspire public confidence when Americans are basically told by elected officials to “trust us!”

The White House decided sometime before it confirmed the use of chemical weapons by Bashar al Assad’s regime to provide Syrian rebels with military equipment.  A “no fly or safe zone” to be established in Syria close to the Turkish border seems inevitable.  Clearly, the Obama administration has concluded that an Assad victory would empower Iran, Hezbollah and Russia to the detriment of America interests.  But the president has not publicly explained “what next?” and what outcomes and aims the current policy seeks to achieve in Syria.  Furthermore, what will the administration do to limit or prevent a Sunni-Shia and Sunni-Sunni war that is almost certain to occur if Assad goes?

An equally vexing issue is the tension between security and civil liberties.  President Obama argues a balance is essential.  Unfortunately, while that sound bite satisfies the public’s appetite for the moment, the Constitution says otherwise.  In addition to the First and Fourth Amendments regarding free speech and unlawful search and seizure, the Constitution specifies American citizens are innocent until proven guilty.  Interestingly, airport security administered by the Transportation Security Agency seems to be a clear violation of the Fourth Amendment yet accepted by most Americans.  And the revelation of surveillance programs raises again the intrusion into civil liberties.

On one hand, citizens must be kept safe and government has that responsibility.  On the other, Americans have every reason to distrust its government based on too many examples of government excesses from the FBI under J. Edgar Hoover to CIA assassination and domestic spying programs that broke the law.  Oversight would be the cure if it can be shown to be effective.

No doubt, Edward Snowden who was the source of the current leaks will release further material.  Whether or not Snowden’s claims about excesses are false will be determined.  However, if there is some truth to his accusations about being able to tap into anyone’s phone or Internet records, the surveillance programs could become a collapsing house of cards.  The administration and the members of Congress who have strongly argued for these surveillance programs would not only be embarrassed.  Their credibility would be damaged and possibly destroyed.  And there will be other casualties and collateral damage.

The Director of National Intelligence, retired Lieutenant General James Clapper, did not tell the whole truth under oath.  The process that granted Edward Snowden and hundreds of thousands security clearances surely needs review.  As the Enron scandal put the accounting firm of Arthur Anderson out of business, the fallout could contaminate Booz Allen, Snowden’s employer.

Mr. Obama has simple solutions should he choose to employ them.  Regarding Syria, the administration must explain its aims and answer the question of “what next?” Regarding the Snowden affair, after the attacks of September 11th, a commission was established to determine why and how that happened.  That commission provided a highly competent and revealing report.   A commission on security and civil liberties, if properly convened, could strengthen trust and confidence between government and the governed. Obviously, appointing a non-partisan group of knowledgeable, trustworthy and experienced commissioners is essential.

But no matter what, America cannot be allowed to strike out on these vital issues.