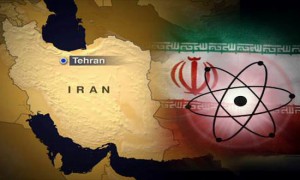 During the Cold War, the thermonuclear standoff between the U.S. and Soviet Union was often described as two scorpions in a bottle. The notion was that both scorpions would sting the other to death no matter which struck first. Of course, the prospect of the scorpions being of the opposite sex with options other than mutual suicide was rarely raised.

Today, the United States and Iran are not two scorpions in that once famous bottle. But both states remain locked in a dangerous embrace going back decades to the overthrow of the Mossadegh government in the 1950’s and the restoration of the Shah to the 1979 revolution and takeover of the U.S. embassy in Tehran. The shooting down of an Iranian Airbus in the 1980’s AND U.S. tacit support for Saddam Hussein during the long Iran-Iraq war reinforced this mutual animosity and hostility between governments.

Today, the embrace is fixated on Iran’s nuclear ambitions and enrichment of uranium to possible weapons grade levels. That President Barack Obama and Israeli Prime Minister Benyamin Netanyahu agreed that it would take at least a year for Iran to construct a nuclear weapon provides some breathing space. Still, in international politics, a year can last a long time or indeed be over in a seeming flash.

Sanctions imposed on Iran by the international community spearheaded by the U.S. are damaging that economy and the lives of most Iranians. For the time being, the sanctions appear to have no positive effect on the ayatollahs running the country regarding nuclear issues. Indeed, there is some evidence that the sanctions have steeled Iran’s will and caused the regime to move faster in developing its nuclear enrichment programs while installing new, more modern centrifuges.

Ayatollah Khamenei issued a fatwa (religious edict) declaring nuclear weapons immoral and denying that Iran would build them. Supporting this pledge was Iran’s decision not to use weapons of mass destruction, particularly chemical, during the war with Iraq and after Saddam’s army repeatedly employed them against Iran. Yet, Mr. Khamenei’s standing in the west is not high so his promise is generally dismissed.

President Obama has not been reluctant to use force as the surge in Afghanistan and the decision to approve action against what was thought to be Osama bin Laden’s home in Abbottabad, Pakistan vividly demonstrate. Vice President Joe Biden’s comment that the president is “not bluffing” reinforces the impression that if Iran does not alter its course and moves closer to or obtains a nuclear weapon, the U.S. will strike.

Hence, metaphorically, both states are circling and stalking each other as wild animals or gladiators of old might in one on one combat. Three relevant issues describe the risks of confrontation. First, as North Korea has provocatively threatened war by abrogating the truce ending the Korean War and now threatening to target U.S. forces in the Pacific, an accident or miscalculation could precipitate a shooting incident that could lead to escalation.

Second, both sides are not listening to what the other says. Purposeful ignorance or turning a “deaf ear,” to mangle the phrase, means both sides are talking past each other. Thus, what Tehran and Washington need is far better understanding of the other. Tehran says it will negotiate only after sanctions are lifted. Washington will not lift sanctions until Tehran submits to further inspections and foregoes the ability to enrich uranium certainly to weapons grade. The result is an impasse and deadlock.

Third, neither side has been able to find or agree to a means for a discreet or covert bilateral meeting to begin some serious form of negotiation as the U.S. did with the Soviet Union vis a vis arms control in the Nixon years and of course restoring relations with China during the same period. Soviet Russia and China were far more powerful and dangerous adversaries with tens of thousands of nuclear weapons under the command of the Kremlin. And ideologically, with the Cultural Proletarian Revolution imposed by Mao, many Americans thought him irrational—as some regard perhaps Ayatollah Khamenei and Kim Jung Eun today.

But who would or could be an intermediary? Neither Russia nor China would be interested. Britain is rated as an even greater Satan than the United States by Iran. And could any talks be kept secret by both sides?

Secret diplomacy is surely needed. Overtures can be made. Possible envoys could be former President Bill Clinton or Secretary of State John Kerry as both have the status and gravitas to be viewed seriously by Tehran.

Since containment is off the table and a year is a very short time, action is needed now. Otherwise this deadly embrace could be a suicide pact for a great many people.