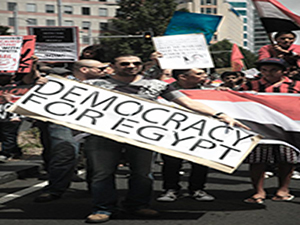 Insanity has been described as constantly repeating the same mistake and expecting a different outcome. That characterization sadly applies to American attitudes and policies towards much of what is happening in Egypt and the Arab and Islamic worlds.  We have been there before often supporting what is mistakenly regarded as the triumph of some sort of democratic movement over a failing regime that ultimately proves highly destructive to U.S. interests.

Remember that German elections led to the appointment of Hitler as chancellor in 1933 and how that turned out. Fidel Castro was the freedom fighter battling the corrupt Batista Government in Cuba more than a half-century ago.  And when the seventy-seven year old Ayatollah Ruholla Khomeini triumphantly returned to Tehran in early 1979 to replace the Shah, the highly influential New York Times reporter R.W. (Johnny) Apple could boast that a “sea of humanity” flowed into the streets.

Many decry the overthrow of an irreversibly flawed, inept and dangerous elected government by the Egyptian army.  But the government of Mohammed Morsi, elected or not, and the role of the Muslim Brotherhood in Egypt was a threat both to the Egyptian people and to what passes for stability in the region. At best, Morsi was no friend of the West. At worst, Islamic extremism and sectarianism could have taken over the largest state in the Arab world with ominous consequences for the region, not the least for Israel and the survival of the Camp David peace accords.

As this column has noted, the massive revolt by the Egyptian people against the Morsi-Muslim Brotherhood rule nicely followed the American Declaration of Independence in ceding the right to the people to alter or abolish and replace destructive government.  Unfortunately, what is transpiring in the region is not a revolution of 1776 but more akin to 1789, 1848 or 1917.  The forcing factors included pursuit of dignity and economic fairness and long standing historical regional, religious and political animosities and power rivalries and conflicts between and among the Arab and Islamic nations that sit astride North Africa, the Middle East and Persian Gulf –accelerated by radicalism that yearns for the emergence of a powerful Islamic network often likened to a new “caliphate.”

This American fascination for democracy is often blind to common sense and can become distorted into a crusade and even obsession that translates into imposing American or Western values on societies that will reject them.  Perhaps the fortunate experience following World War II in which the Axis enemy was forcibly turned into functioning democratic states indelibly affected the American psyche and in a Pavlovian sense infected Washington’s policymaking DNA.

Hence, the Crusade in Europe as characterized by Dwight Eisenhower became manifested as a crusade in South East Asia in the 1960’s and the Persian Gulf in 2003 with outcomes that were not to our liking.  The same pattern is being repeated now vis a vis the Arab and Islamic worlds.

The so-called Arab Awakening (or Spring or Winter) is none of those.  Instead, the revolutions of 1789 in France that led to a decade and a half of global war; 1848 that led to the imposition of autocratic regimes that could not last; and the Bolshevik Revolution of 1917 that persisted for more than seven decades until the Soviet Union toppled of its own weight and incompetence could be more relevant.  And beyond the violence that is plaguing Egypt, Libya, Lebanon, Yemen and Iraq (as well as Afghanistan and Pakistan) and is symptomatic of this discontent, tectonic changes are encompassing and reshaping in the Arab and Muslim worlds–with irreversible and unpredictable consequences.

As Lenin provocatively asked, “what is to be done?”  One response is for America to “come home” detaching itself from foreign entanglements and wars that have bankrupted the nation and demeaned its influence.  A counter argument is for greater involvement–for example launching air strikes into Syria to cripple Damascus’ air advantage over the opposition as well as to destroy its chemical weapons.

A third way is to apply the manifesto of containment that thwarted the ambitions of the Soviet Union.  Promoting democracy is not a solution although as was the case in using democracy and human rights to befuddle the Kremlin, it can be a good tactic.  U.S. policy must be aimed first and foremost at preventing Islamic radicalism from exploding the region.  Hence, for the time being, army control of Egypt must be tolerated.

In Syria, the aim must be to limit the violence and not favor either the Assad regime, however distasteful, or the opposition that is increasingly dominated by radicalism.  The danger and test is whether or not the broken American system of government can accept such a non-ideological and rational approach to policy. 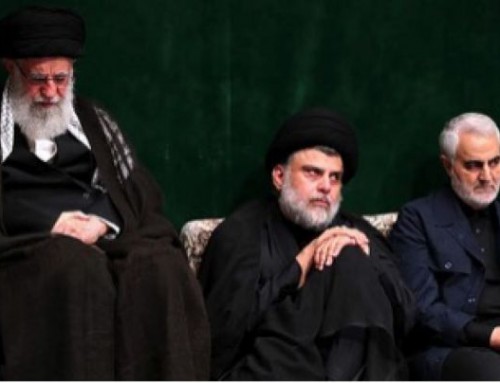