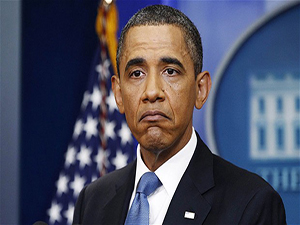 Regional crises abound. Massive protests in Egypt that ended the flailing Morsi government to continued bloodshed from Afghanistan to Syria are representative of these crises.  Meanwhile, at home, political Tsumanis batter the landscape. Supreme Court actions to strike down parts of the Defense of Marriage (DOMA) and Voting Rights Acts and the White House decision to defer parts of the new Health Care law regarding small businesses for a year rile politics as brutal heat and forest fires torment the West and torrents of rain drench the East make this a long, hot and so far bitter summer for the United States.  Yet, where is President Barack Obama “the world wonder’d?”

This last phrase is from Tennyson’s epic poem “The Charge of the Light Brigade” about which more will be said shortly.  However, while the president is making cameo appearances and lying low, is he missing in action or merely gathering strength and resolve to confront these crises with a major assault?  The six-day trip to Africa, long in the making, was not rescheduled because of these political firestorms.  The extended July Fourth weekend however gave the president time and opportunity to reconsolidate and marshal his political forces.

What is needed is a state of the union-like address to the nation and the world at large. In that address, ideally the president would lay out the major issues and crises facing the nation and explain how to resolve them. On the top of that list is overcoming the inability of our government to govern.

Americans are supposed to learn in grammar or high school that the U.S. political system is based on checks and balances and constitutional divisions of power between the federal and state governments.  Checks and balances require compromise between the two political parties if Congress and the president are to govern.  On state and local levels, politics are more pragmatic and less ideological as state constitutions and laws mandate action meaning that real solutions cannot be deferred or avoided.  Hence, while many municipalities and cities are in grave financial straits, it is economic and fiscal and not political or ideological roadblocks that impede good governance.

This is not true in Washington.  Republicans and Democrats alike are ideologically polarized. Worse, the extremes of both parties have excessive influence on the rank and file.  One result is a political process rampant with hostility, animosity and ill will.  Character destruction and assassination are all too commonplace, personified by ideologically charged cable news and talk radio.  Civility is an extinct species.

Such intensity could be expected over life and death issues such as war and peace.  But virtually all of American politics has become “life or death” irrespective of the topic.  The outrage over same sex marriage on both sides of the argument, the debt and deficit, health care and a seemingly endless list of social issues is also manifested in foreign policy.  In Syria, for example, where there are only horrible solutions, passion is not helpful in making the case for one set of actions over another when the outcomes are likely to be similar.  And the revelations of former CIA analyst Edward Snowden over surveillance and spying add to the churn as the serious and legitimate debate over privacy and security is contaminated by the pernicious nature of current politics.

No one president or individual is capable of cleansing the poison from the political system or ameliorating the many crises that resist solution with a single speech or action.  But some one must start.  One obstacle is translating the message correctly to the public and not only in the United States.  That returns to the disastrous charge of the Light Brigade.

On October 25, 1854 during the Crimean War in which Britain and France fought Russia, the commanding general, Lord Raglan, issued an order for the Light Brigade to cut off a Russian cavalry force.  That order was misinterpreted.  Instead, the Light Brigade was ordered to assault an entrenched Russian artillery fortification.  Of nearly 700 riders, less than 200 were not among the casualties.

Communications count.  In appealing to the public and in explaining American policy to the world, the president must get this message right.  Indeed, he may need more than one speech.  In these speeches, the president must unequivocally state the aims and objectives of his policies and explain the specific actions to achieve them. And he must explicitly recognize the degree of difficulty associated with each crisis and how failure of government to govern can be repaired.

Is this politically dangerous and reckless? Of course!  Returning to Tennyson, after such a ride, the president may have “Came thro’ the jaws of (political) Death and back from the mouth of Hell.” But it is a ride that must be taken.