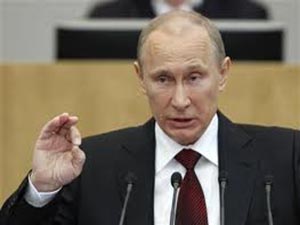 The North Atlantic Treaty Organization (NATO) was on the road to irrelevance. The most successful military alliance in history has lacked a real enemy since the Soviet Union disintegrated a quarter of a century ago.  After a dozen years of war in Afghanistan,  NATO’s role is coming to an ignominious end.

Because of Afghan President Hamid Karzai’s refusal to sign a Basic Security Agreement (BSA), NATO is now forced to plan for the withdraw of all of its military forces by the end of 2014.  Without substantial coalition forces and, as important, the money and aid Afghanistan receives because of that presence, the Karzai government will be unable to prevent the Taliban, local tribes, warlords and gangs from wresting power and control away from Kabul.  Violence, chaos and instability loom as the legacies of  NATO’s engagement.

All but a few NATO states are slashing defense spending and all are looking inwards making domestic needs top political priorities.  The next NATO heads of state and government summit slated to meet in Wales this September is likely to turn out as a wake and not a welcomed and long overdue rejuvenation of the alliance.  As a precursor of summit bad news, the new, ultra-modern headquarters building in Brussels is already 250 million Euros over budget and two years behind schedule.

The Obama administration’s pivot to Asia, civil war in Syria, and grave uncertainty in Ukraine have conspired to put NATO and the summit on a distant back burner.  Indeed, Obama’s focus in Europe is and should be on negotiating the Transatlantic Trade and Investment Partnership (TTIP).  Unfortunately, Obama’s own party in Congress is proving to be a major obstacle for passage despite Joe Biden’s strong advocacy piece in last week’s Financial Times for these trade agreements.

But wait.  As Dick Cheney famously promised in the 2000 election, “help is on the way.”  Riding to NATO’s rescue is, incredibly, Russian President Vladimir Putin.  Putin’s heavy handed tactics in Ukraine and the Crimea will backfire.  While the crisis is far from settled, even if Putin does not attempt to occupy the Crimea or intervene more forcefully in Ukraine, he has set off alarm bells in Europe and NATO.

A 1994 agreement between Russia, the U.S. and U.K. guaranteed Ukraine’s sovereignty in return for disposing of the nuclear missiles stationed there during the Cold War.  Unlike Georgia where President Mikheil Saakashvili took the Russian bait and attacked first giving Moscow reason to retaliate, no such situation exists in Ukraine. It is true that the eastern half is ethnically Russian.  But unless Ukraine agrees to ceding any territory, there are no legal  grounds for partition.

Meanwhile, NATO’s newer members in the Baltic and Central and Southern Europe have been increasingly uncomfortable with their neighbor to the East.  Moscow’s use of energy and military maneuvers to intimidate and threaten has not gone down well.  The situation in Ukraine has only heightened these sensitivities.

The heart of the Washington Treaty of 1949 that created NATO is Article V: “An attack against one is an attack against all.”  Unless the situation in Ukraine cools down quickly, the September summit will be granted new life.  And new life should focus around reaffirming Article V.

That Putin has promised to spend billions of additional rubles to rebuild Russian defenses will be further ammunition to making the Article V case.  But it is imperative that NATO gets this right. To do that, planning and thinking must start now.

First, the summit cannot be seen as provoking a mini or second cold war.  Second, NATO has about 3.3 million people in uniform and spends just under a trillion dollars on defense each year—formidable numbers that need to be highlighted.  Third, as outgoing NATO Secretary General Anders Fogh Rasmussen has called for “smart defense,” in this case, response to Putin must be very smart indeed.

Beyond discussion of Afghanistan that is high on the agenda, this must be the summit that reaffirms and reassures allies on Article V.  The best and least costly way of demonstrating this reaffirmation is through contingency planning and tabletop and command post exercises aimed at reinforcing the eastern most countries in time of crisis.  This does not require tens of thousands of forces.  But, for example, exercises that show how the U.S. and other NATO states might be able to redeploy forces inside NATO will be a powerful signal to Moscow.

NATO would become a more visible insurance policy but with low premiums.  Reassurance is the coin of the realm.  At the same time, far more aggressive arms control and confidence building measures with Moscow must be pursued.   If we are smart, a big if, Vlad Putin can help save the alliance. But we must help him.