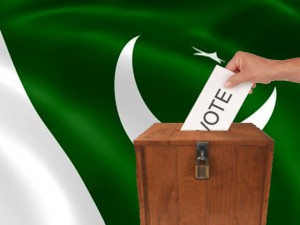 This weekend, many tens of millions of some 200 million Pakistanis will elect new national and four provincial governments. The elections are a remarkable milestone due in large measure to President Asif Zardari’s political navigational skills in the most roiled of waters.  This is the first time in Pakistan’s history that an elected civilian government has completed a full five-year term and will be replaced democratically.

At this stage, the only likely outcome is continued PPP control of the Senate and its 104 seats as only a third of the senators are up for re-election.  Most polls rank Nawaz Sharif and his PML-N party as the favorite possibly winning 90-100 out of 342 seats in Parliament, far short of a majority.  President Zardari’s PPP, chaired by his son Bilawal, and Cricket hero Imran Khan’s PTI will most likely vie for second or third place.  A host of smaller parties will win handfuls of seats.

Voter turnout in the last election in 2008 was about 55%.  Whether larger numbers of women and youthful voters will swell the ranks is unclear. Conventional wisdom suggests that a surge helps Imran’s PTI.  However, conventional wisdom in Pakistan is often an oxymoron.

Meanwhile, Pakistani Taliban (TTP) and other terrorist groups are disrupting the elections killing off candidates largely from PPP and ANP lists. A few analysts suggest that given the devolution of power to the four provinces, provincial elections may prove more important than the national vote.  However, the geostrategic challenges of the region and Afghanistan in particular are so great that while this theory might relate to domestic economic issues, the next government in Islamabad will be crucial in shaping South Asia’s security for good or for ill.

Presidential elections occur later in the year.  The four provincial assemblies and the two houses of the national government, not popular votes, will decide whether or not President Zardari stays or goes. And recently returned former president General Pervez Musharraf is a non-issue currently under house arrest.

Those wanting PPP to go contend that PML-N will win the largest plurality and form a coalition government intent on fixing the myriad economic and social issues threatening Pakistani well-being.  The presumption is that Nawaz has learned from his two earlier failed premierships and succeeding what is viewed as a largely unsuccessful PPP government, ultimately will win public support.

But many do not see Nawaz as either reformed or as a reformer. Much as PPP was forced by coalition politics to bring minority parties into a huge and largely dysfunctional cabinet, so too will PML-N face similar realities.  Many also distrust Nawaz’s anti-Americanism and pro-Saudi position that could too easily could succumb to religious fundamentalist influence, much as did General Zia al-Haq’s rule of nearly thirty years ago veer Pakistan in that unfortunate direction.  Regardless, the Army almost certainly will stay out of politics. Selecting the next Army Chief of Staff to replace General Ashraf Kayani, already twice extended, will go smoothly. Several highly qualified candidates are in play including for the post of Chairman of the Joint Chiefs, a position less important in Pakistan than in other countries.

One key question is how the election will affect the Zardari-Nawaz relationship.  The presidency is now a weak and largely ceremonial office.  Zardari maintains power through control of the party.  If PPP loses the Assembly, obviously President Zardari will likewise lose authority.  However, Nawaz may need PPP to form a coalition government.  Under those circumstances, who knows what sort of deal may transpire.  After all, Zardari went out of his way in 2008 to bring Nawaz and PML-N into government.

But it is the perils and paradoxes of Pakistani politics that hold greater sway.  PTI could make a surprisingly stronger showing.  While the religious parties have attracted very minor electoral representation, that might change.  And the strength of various PPP candidates could indeed produce a long-shot victory.

The United States has taken an understandably hands off approach.  Privately, it views the current government as weak and lacking in competence, preferring to deal with the Army.  And some in the State Department believe Nawaz would make a better partner.  They are wrong.  If the U.S. was not happy with PPP, a PML-N coalition will not prove better.

A hung Parliament is also possible.  Under the Constitution, the president can set a deadline for establishing a government.  But would that work?  As the American Congress seems incapable of governing if the sequester and budget are illustrative, why would Pakistan fare better?

Governance is thus crucial.  Given the immense challenges and dangers facing Pakistan from worsening insurgencies to growing economic woes, no matter who is elected, will that team be able to govern with any degree of success?  Pakistan is about to find out.