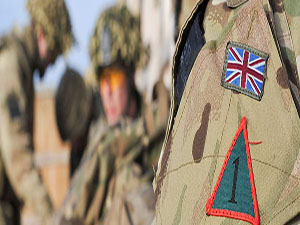 1. It is a great privilege and compliment to appear before this committee.  I have known a number of its distinguished members as well as chairmen from even before Bruce George sat at its head to James Arbuthnot and very much respect your work.

2. As you know, this committee is not vested with the same constitutional authority as the U.S. Congress’s two Armed Services Committees.  That does not mean you cannot and should not play a more important role in the defence debate; exercising oversight; identifying critical issues; and issuing reports such as your excellent study on FF 2020.

3.  As a further postscript, I had the very good fortune of spending two exciting years in the Royal Navy and the privilege of dining aboard HMS Victory on Trafalgar night.  Though I did not have the privilege of serving with Lord Nelson.

4. My remarks today are not critiques of this committee’s fine report or of FF 2020. Instead, I hope to offer a few ideas and suggestions to increase value for money regarding combat power; to build on the strengths of FF 2020; and minimize its weaknesses by applying a qualitative and not quantitative approach for reaching these recommendations.

5.  Before I begin, if this committee is not aware of the presentation General Sir Nick Carter gave to the RUSI Land Warfare conference last June, it should be.  The current CGS scrupulously, candidly and correctly identified the Army’s strengths and weaknesses; posited the need (in my terms) for gaining greater knowledge of future operating environments through a broader, whole of government approach; stressed the need for people-centric policies; and laid out operational and organizational changes to fit the needs of a budget constrained FF 2020. This analysis should apply throughout the forces and for implementing FF 2020.

6.  My first recommendation is that this type of evaluation should be a template for an annual review by this committee of how the MoD is implementing FC 2020, reinforcing its strengths while correcting or minimizing its weaknesses.

7.  A starting point for any evaluation of defence strategy and policy must be a projection of possible future operating environments.  I would argue that for the past century or so, the diffusion of power and globalization, more recently intensified by the information and social media revolutions, have had several transformative consequences.

8.  The first is empowering individuals, groups and non-state actors at the expense of the state-centric system defined by Westphalian politics.  Julian Assange, Bradley Manning and Edward Snowden represent the first; al Qaeda (and organized crime) the second; and the Islamic State the third.  While state against state conflict persists, in many ways the Westphalian system is under attack. Defence and national security policy must appreciate and act on this transformation.

9.  The second tectonic shift has been the creation of Four New Horsemen of the Apocalypse that threaten global peace, stability and prosperity.  The first is failed or failing government (and in many ways Washington is as broken as third and fourth world states); economic despair, disparity and dislocation; religious extremism largely in the form of radical Islamist movements; and economic calamities from Ebola to climate change.

10.  Unfortunately, too often we attack the symptoms of these conditions such as terrorist organizations or in the ill-named war on terror mistaking them for the causes and ignoring the threat posed by the four horsemen.  The current CDS and senior military appreciate the need to address causes and not just symptoms if policy is to succeed.

11.  Your report rightly describes FF 2020 as largely budget driven.  Any strategy that is driven by purely fiscal reasons will likely fail under stress.  The report also observed the lack of NSC decision-making in designing FC 2020.

12.  I would argue that financial cuts often can stimulate change and innovation and eliminate waste provided too much is not cut.  And while the formal NSC may not have been convened on this issue, there is no doubt in my mind that the PM, SoS Defence and Chancellor were well briefed on the consequences by past and present CDS’s and senior military leaders.  Using the NSC as a decision-making tool of course has virtue–although I am not sure that the U.S. example always affirms that conclusion.

13.  I fully support FF 2020 in its key conclusion for maintaining the ability to deploy rapidly a total joint force of about 10,000 in various contingencies for a lengthy period.  Given the likely operating environments, unless the UK is going to war against China or North Korea, that force is probably sufficient provided it is kept at appropriate levels of readiness and kit with the necessary “enablers” from lift, fire support, C4ISR, logistics and the like.

14.  Clearly, FF 2020 is dependent not only on being able to achieve the above.  Dependence on building a viable reserve component of about 30,000 is one linchpin.  If that linchpin fails or is not strong enough, a Plan B better be in place now.

15.  The defence base will shrink.  I have recommended elsewhere shifting to a defence-industrial IP base in which the ability to reconstitute and regenerate takes precedence over keeping too many production lines open for too few systems to be procured.  I am happy to expand on this later.

16.  As the committee knows, key capabilities have been shed.  MPA, heavy armored vehicles and lift are among them.  The Navy will decline to 19 destroyers and frigates, a point to which will I return.  And the growing costs of F-35 should be worrying.
17.  Before addressing more specific ideas, I cannot emphasize enough the absolutely critical importance of people.  John Paul Jones, not the most revered person on this side of Atlantic at one point, correctly observed that “men (and women by extension) are more important than guns in the rating of a ship.”  He could not have been more accurate.  Moving from a campaign based force engaged in active combat operations to a home based peacetime force will be a huge challenge for many reasons for each of the services.

18.  As Churchill observed, “it is exhilarating to be fired at without effect.”  Preparation for war, to mix a metaphor, “clarifies the mind.”  Peacetime is not the same.  Routine peacetime duties that may be as mundane as guard duty or other menial functions are not as rigorous as training and preparing to go in harm’s way.  Understanding these distinctions and differences is critical in maintaining a competent, professional force.

19.  Unless incentives that have appropriate psychic as well as pocket book compensation and rewards are in place, recruiting, manning and retaining a highly professional active and reserve force will simply not work.  Thus, people must be the highest priority and not necessarily the easiest one to sustain.  This is one area where the committee should never relax or compromise its attention.

20.  A corollary is the need to revolutionize education at all levels from private soldier to newly minted four-star generals.  Too often, military education is regarded as an oxymoron.  That cannot be the case.  As I will argue, FF 2020 must be oriented to a brains-based approach to strategy that is dependent on a process of continuous learning to increase knowledge not merely of tactics and systems but of the conditions in which forces might be deployed from high intensity conflict to training and exercises to regional familiarity and exchange programs.  In an information age, the use of computers, war games both for individuals and formations and other technologies has great application.

22.  The Army as noted is dependent on reserves.  That progress must be carefully monitored on a regular basis.  Fortunately, the senior Army leadership at the CGS, three and two star levels is highly competent and experienced.  That augurs well.  However, enablers are critical.  Having good forces without kit or insufficient forces with good kit are the Scylla and Charybdis to be avoided.  And the establishment of a new reconnaissance and intelligence brigade should be the basis for innovative thinking and experimentation along with re-strengthening the educational system.

23.  The RN’s future is dominated by the decision to buy two large carriers.  As a result, the size of the surface and submarine force has probably been cut too much.  But there are options.  While the UK debates the future of the Trident replacement force, the advantages of Air Independent Propulsion (AIP) diesel submarines should be evaluated both for the attack and ballistic missile force as a means to reduce spending without sacrificing capability.  I am happy to expand on this.  Further, the RN should examine new classes of smaller escorts to add to force structure.  The Swedish stealthy Visby class is one.  And as the Type 26 comes on line, marinization of helos such as Apache, recommended by your colleague and now Minister Tobias Ellwood, should be explored to give these warships greater combat power.

24.  Similarly, the RAF has force level issues.  As part of the strategy of regeneration and reconstitution, airworthy systems that are being retired because of costs could be put in a moth balled or cadre status in case the need for those capabilities arises in the future.

25.  Innovation and experimentation must receive greater attention not only through Joint Forces Command but in the services and education system.  At all levels of the chain of command, generating new ideas or improving old ones must be ingrained into the culture.

26.  The Armed Forces Board and current senior MoD leadership understand these issues.  The question is whether or not the senior military leadership can convince the political leadership of minimizing the risks, potential shortfalls and weaknesses in the current design for FF 2020 while maximizing the strengths thereby gaining effective and not putative value for money in terms of real combat capability.

27.  Further, if the PM succeeds in cutting taxes for the public, the MoD will find itself caught between the need for obtaining fiscal balance by 2018 and further descending Damoclean monetary swords.  If that budget dilemma is not resolved, then imbalance among forces, readiness and kit will be inevitable and combat power will suffer, perhaps greatly.

28.  Churchill also advised that when spending one’s way out of danger no longer was an option, thinking one’s way to safety was the only answer.  I have argued for a brains based approach to strategy in which strategic thinking is essential.  Strategic thinking is not just balancing ends and means.  It is setting unambiguous aims and objectives and rigorously challenging each as well as the assumptions that went into each.  From there, the next test is assessing how well or badly aims are translated into action and at what costs.  And at the risk of further repetition, innovation and experimentation are paramount qualities central to making FC 2020 a success.

29.  These assessments are where this committee can play another unique role.  Number Ten will not like that no matter which party or coalition controls Parliament.  But unless there is an outside force to challenge and test policy and strategy along with their underlying assumptions, the combined impact of the dynamics of this new and possibly post-Westphalian world; the emergence of new non-state actors; the narrowing of gaps in relative economic and military power given the spread of technology and growth of new powers; and the relative decline of the effectiveness of military force in many circumstances will test the brilliance, skill and luck of even a Pitt, Wellington, Churchill, FDR and Ike.  Yet, that is the world we are in!