The fall of our discontent 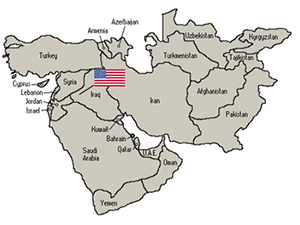 On this anniversary of the attacks that leveled the Twin Towers in New York and part of the Pentagon a dozen years ago, a long, hot and wet summer in Washington, D.C. risks metastasizing into a Fall of Discontent.  Syria is the most incandescent and looming issue underscored by President Barack Obama’s speech last night.  But Afghanistan, Libya, Iraq and other ticking time bombs have not been defused.  And world economies remain fragile and emerging markets in flux.

Any strike against Syria has the potential to ignite broader regional conflict.  Oil prices would be affected in the extreme with obvious economic consequences that will extend to China and the Pacific.  Meanwhile, Congress will have to come to grips with increasing the debt ceiling and passing a budget while debating war and peace irrespective of how it votes on using force against Syria and Bashar al Assad.  None of this augurs well for a calm fall.

Amidst this cauldron overflowing with too many seemingly intractable domestic and foreign policy issues that understandably will dominate the political agenda in America and elsewhere, tectonic shifts that have profoundly altered the conduct and calculus of international politics have been ignored.  Trite metaphors apply–-from not seeing forests from trees or rearranging deck chairs on the Titanic.  But we, the United States and our friends and allies, are at grave risk if these seminal transformations are long ignored.

The driving force behind these transformations is largely the wholesale diffusion of all forms of power magnified by the information revolutions in what is an interconnected and globalized world.  In one sense, this diffusion of power has lessened the relative power and influence of the United States among others.  In another, this same diffusion has empowered individuals and so-called non-governmental organizations to have growing influence and authority at the expense of states and the state system that has been in place since the Treaty of Westphalia was signed in 1648.

Al Qaeda is one manifestation of this empowerment.  Julian Assange and Bradley Manning of Wikkeleaks note and Edward Snowden are another.  The combination has had significant impact on altering and affecting international politics.  And more to the point, these tectonic changes have also replaced the traditional Four Horsemen of the Apocalypse with new and possibly more dangerous riders.

The new riders that threaten global society begin with failed and failing governments from Afghanistan to Zimbabwe with Brussels and Washington in between.  Debate over Syria and what Congress decides or not is exacerbated by  failing or dysfunctional government  in which the possible choices and outcomes are not merely worst case.  They are “worstest,” if such a category exists.

Second are economic dislocation, despair and depravation.  For example, no matter who leads Egypt, because too many of its people live on $2 a day, absent the resources, no government can solve this first order economic crisis.  Europe is not out of the woods regarding its economic condition.  And in the U.S., increasing divisions between rich and poor will only be exacerbated by debts and deficits that ultimately will erode standards of living for many and limit expectations that future generations will do better than their predecessors.

Third are radical ideologies that employ terror to disrupt, terrorize and serve as the weapon of choice.  Religious extremism, whether in the form al Qaeda, Salafism or radical Shia views draws strength from the first two horsemen, rekindling the thirteen centuries old struggle between Sunni and Shia and fomenting a potential fight to the death over who controls the Sunni sect.

Fourth is climate change and global warming that irrespective of cause could be the wildest of wild cards affecting global society.

One column is not the ideal place to provide substantive policy choices for corralling these horsemen. It is a start.  Regarding failing and failed government here, commissions usually fail.  In this case however a national commission is needed to present to the nation a clinical diagnosis of its political health and a range of cures including amending the Constitution by extending the terms of the House to four years and mandating that all able and eligible citizens present themselves to polling stations to vote on election day.  The combination would surely reduce dependence on campaign financing and force candidates to focus more on governing than on winning elections.

Economic advances can be achieved through creating a national infrastructure bank as the column has repeatedly (and unsuccessfully so far) proposed and moving at best speed with the Transatlantic and Pacific trade and investment partnerships that will stimulate growth and possibly address climate change.

Last, it is about time that the U.S. developed a strategy to contain ideological extremism as we did during the Cold War.

An ambitious agenda to rein in these Four Horsemen and to prevent the fall of our discontent becoming a permanent condition is crucial and far more important than attacking Syria!