The New MAD: An era of assured disruption 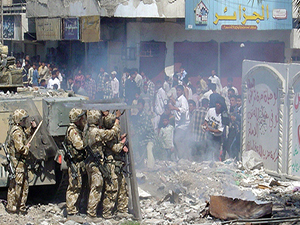 For much of the cold war, the major strategic and security paradigm between east and west was largely (and misleadingly) defined as an era of mutual assured destruction or MAD. MAD meant both sides could assure the near total destruction and defeat of the other in a nuclear or thermonuclear war.  Today, despite the presence weapons of mass destruction, the era of MAD is over.  But a new strategic mindset is now needed.

The demise of the Soviet Union is one reason.  As important is the erosion of the Westphalian system of state-centric politics.  Through a combination of the diffusion of all forms of power and globalization, individuals and small groups increasingly have the ability to impose tectonic change on society.  And because of global interdependence, disruption as opposed to large-scale destruction of society has become a major danger and threat to global security.  Unfortunately, these phenomena, while apparent, have not yet become explicit in our strategic thinking or mindset.

This new disruptive era was brought into focus when the first of the two Twin Trade towers in New York collapsed on that tragic September morning in 2001.  Despite the physical destruction of the towers and the deaths of nearly two thousand people, the disruption that would follow presaged this new era.  From his lair in Afghanistan, Osama bin Laden probably had no inkling of what he had wrought.

First, bin Laden intended that the burnt out towers would stand as permanent reminders of Western cultural decadence.  Second, bin Laden never anticipated the intensity of the response that produced a still ongoing war on terror and his death a decade later.  Most importantly, bin Laden never imagined the scale of the disruption that would follow.

Perhaps of greatest consequence, the attacks sharpened the tensions between individual liberty and national security in which many of those rights have been curtailed, reduced or trespassed upon in order to safeguard against future terrorist attacks. Meanwhile, trillions of dollars in stock market value instantly disappeared.  Air travel stopped.  And new security measures that would cost in excess of hundreds of billions of dollars would be imposed turning airports into fortresses and impediments to travellers passing through highly intrusive inspection check points.

Indeed, a legitimate debate over security has been made more worrying by images of potential “cyber Pearl Harbors” in which terrorists or others could shut down national power grids, banking systems and disrupt other vital sinews on which society depends.  Regardless of the hype, preventing disruption to our way of life should be the new strategic patadigm for assuring national security.  And, as advancing societies develop new vulnerabilities, the potential for disruption will only grow.

Combined with the presence of weapons of mass destruction (WMD) and the emergence of al Qaeda-like groups on steroids such as the Islamic State of Iraq and Syria/Levant (known as ISIS or ISIL) that now controls significant territory, to many, the threat to national security since September 11th has intensified if not metastasized.  Worse case thinking along the lines of Hollywood action movies has elevated and exaggerated these threats and potential dangers to existential levels approaching Hitler and Stalin-like proportions.  But they are not.

No doubt a number of terrorists or those wishing to advance a perverted form of Islam or simply do damage are earning their spurs in Syria, Iraq, Yemen and other conflict zones. Many have legitimate passports guaranteeing access to their native countries.  And, yes, the prospect of terrorist attacks remains serious.  But these will not be as existential as thermonuclear war would have been although surely a significant attack could be prove fatal to a government, leader or party in power.

Several conclusions are self-evident.  First, recognition of the transformation from an era of assured destruction to one of disruption is essential.  That disruption can come from acts of nature as well as man.  Natural calamities from earthquakes, typhoons and tsunamis to droughts, floods and extreme changes in weather underscore these disruptive effects.

Second, the threat of radical and violent Islamism can be controlled without existential consequences for the West.  However, on the current course, many of our policies only intrude further on individual liberties without reducing the actual danger.

Third, future actions must be based on dealing with the causes and not the symptoms that have produced this era of disruption.  Terror is a tactic and a tool not a cause.  Unless and until we develop a relevant mindset for the 21st century, our responses may indeed be considered MAD! 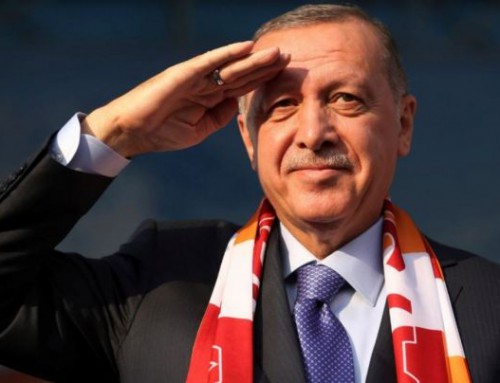