Too many archdukes, too many bullets 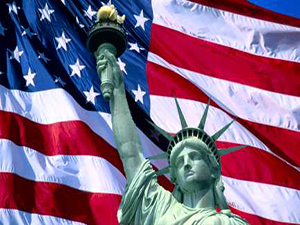 Ninety-nine years ago this Friday, Archduke Franz Ferdinand and his pregnant wife Sofia were gunned down in Sarajevo by a nineteen-year old Bosnian Serb nationalist named Gavrilo Princips.  The assassinations quickly provoked a crisis that more quickly erupted into world war.  Ironically, many of the elites in Europe believed that an early 20th century version of globalization and economic interdependencies on the continent made war too expensive to contemplate or to wage.  Indeed, Nobel Prize winner Sir Norman Angell’s The Great Illusion, written in 1910 and required reading for the intelligentsia, made that case eloquently and, as it turned out, entirely wrongly.

Today, the nearly four hundred year old Westphalian international political system of sovereign states is confronting and absorbing the shock of a far more powerful, robust and interconnected form of globalization.  This collision or comingling has created Four New Horsemen of the Apocalypse that threaten and endanger mankind and, in turn, produced a surfeit of potential archdukes and bullets.  Syria, Iraq, Afghanistan, Iran, North Korea, cyber attack, economic instability and Asian territorial disputes demonstrate that there is no shortage of ticking time bombs.

But what is both more interesting and perplexing, as well as frightening, is that there need not be any direct connection between a spark or fuse and the explosion it generates.  A Tunisian fruit vendor self-immolates and ignites the so-called Arab Spring.  An inadvertent Koran burning in Kabul and a fifth rate anti-Islamic video posted on U-tube prompt anti-American riots throughout the Arab and Muslim worlds.  The consequence is that this combination of potential archdukes and an excess of potential bullets, even those fired from far distant and unanticipated or unexpected locations, has produced a volatile and highly dangerous mixture that too easily could explode into crises.

The reasons are due to the impact and shock of globalization on the state system.  Globalization has not merely connected or interconnected virtually all people and states of the world electronically, economically, financially, socially and culturally.  Globalization and the diffusion of all forms of power have transformed politics by empowering individuals and emerging states as well as non-state actors to unprecedented levels of influence.  The U.S. still remains the most powerful state in absolute terms.  However, relatively, its power, influence and authority clearly are waning.  Furthermore, globalization has increased the complexity of the Westphalian system as laws, rules and regulations abound to complicate both governing and the conduct of economic and financial intercourse.

These interactions have spawned the first of the new Four Horsemen: failed or failing governance.  From Afghanistan to Zimbabwe with Brussels and Washington in between, perhaps the greatest danger and threat to humanity is the failure of governments to govern adequately.  Afghanistan, Iraq, Libya, Syria and a litany of other states underscore this failure.  But so too, many rightly argue that America’s government is broken or at best dysfunctional.  And given the inability to jump start economic recovery in Europe, the limits of government and the European Union—itself a morass of excessive regulation, rules and laws—provide further evidence to the presence of this new rider.

The second steed arises from the first: economic disparity, disruption and despair.  An interconnected world means that few people are not aware of how others live. Decency, equality and dignity have become universal aspirations that can be only filled by economic improvement.  When they are not, unrest becomes endemic, explosive and exploitable.

The third horseman is resurgent ideological and religious fanaticism empowered by globalization.  Al Qaeda is the poster child and the Internet is the weapon of choice.  Soon, cyber will become a more viable tool beyond recruitment and training grounds for would-be terrorists.  A form of a computer virus such as Stuxnet in the hands of terrorist groups is a threat that will emerge and probably very soon.

The fourth horseman is climate change or more directly global warming.  As globalization has generated far greater demands for energy, electricity, mobility and production, obviously the amount of green house gases and other environmental threats have and are changing our habitat fundamentally.

Taken together, the collision between the long-standing state system and the forces of globalization has catalyzed a dramatically changing global order for both international and domestic politics.  The crucial questions are what can and should be done in response and are states and individuals capable of acting accordingly.

Over the next year and in time for the commemoration of the hundredth anniversary of the start of World War I, this columnist will be seeking answers to these key questions and, of course, means for corralling the New Four Horsemen of the Apocalypse. The result will be a book tentatively titled Too Many Archdukes, Too Many Bullets: Preventing a 21st Century June 1914.